Command & Conquer 3: Tiberium Wars is a science fiction real time strategy game published in 2007 by Electronic Arts and joins the broad number of games within the C&C franchise with a number of changes to the core formula. For this adventure players will explore a futuristic 2047 with a story that continues to explore the Global Defence Initiative (GDI), Brotherhood of Nod and a new alien faction known as the Scrin. 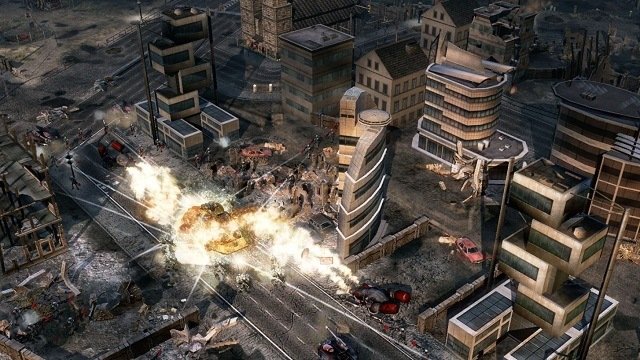 Designed to serve as a sequel to the 1999 Tiberian Sun title it’s been 17 years since the events with the Tiberium resource continuing its growth and contamination of the surface. This alien substance that originally landed on Earth in the 1990s has the ability to terraform the surrounding areas and in turn create powerful crystals of precious metals although has the side effect of turning any life into an alien mass that produces a toxic gas to humans. Now decades since the event the countries of Earth are long gone with the two factions of the GDI and Brotherhood of Nod now sharing control of the areas that can still maintain a human population for now.

With historical borders and territories of the world now reset to zones based on the Tiberium contamination level it’s a strange futuristic and alternative timeline that serves as the strategic setting. While the two primary factions at the sides of this conflict are the familiar Global Defence Initiative and the Brotherhood of Nod their large scale war has attracted the interest of the Scrin aliens who desire the Tiberium for themselves. 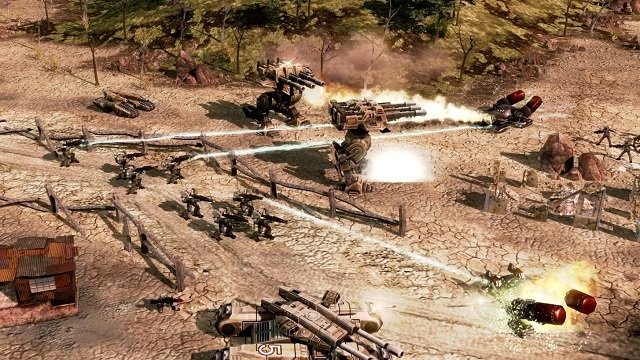 Within the campaign players will get to control all three of these factions with 38 missions that explores their individual struggles to their ultimate goal. The majority (34) of these follow the GDI and Nod which players can tackle in either order but both must be finished before unlocking the Scrin missions. Regardless of the faction at your command each mission will require you to meet multiple objectives to achieve victory with the occasional optional objective that can provide a tactical advantage if achieved. In between these missions story is expanded further with cut scenes of both familiar and new characters to the franchise.

If you’ve played a Command & Conquer strategy game before everything will feel familiar and for those following the series for decades you’ll find a number of nostalgic moments in your experience. For entirely newcomers to the franchise the story is still designed in such a way that you’ll be able to follow along if this is the start of the series for you. Mechanically you’ve also got some small tweaks to the C&C formula since Red Alert 2 with the ability to place troops within structures, neutral structures on the map the claim and some expansion to upgrade options for your units. 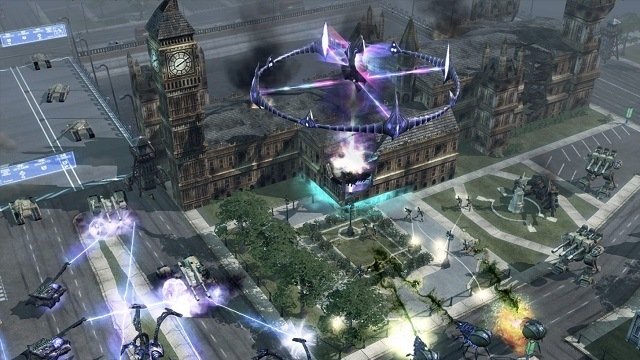 Like other real time strategy games the foundation of your decision making stems from the buildings and resources under your control which allow you to create an array of unit types. In Command & Conquer 3: Tiberium Wars Tiberium serves as the primary resource that must be gathered from the large fields of crystals using harvesters to return the mineral to your base fore refining. This resource is then spent to further advance your buildings, technology and units with each of the factions having similar archetypes at their disposal along with a special superweapon.

This review was first published on April 15, 2014. Read our update policy to learn more.