Company of Heroes 2 is the sequel to the original highly popular CoH game. The game was released in June 2013 and offers similar gameplay to the first game. 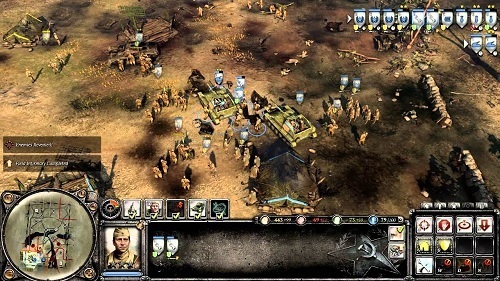 The gameplay has received lots of praise as continuing the success of the series although there has been a large amount of backlash for how the historical aspects and Russia’s involvement in the war have been presented.

The game doesn’t focus on the allies like the original game and instead takes the setting towards the eastern front and has players battling through a number of scenarios through flashbacks of a Soviet Army lieutenant.

The resource system from the original game makes a comeback bur it has been slightly modified. Capture points are still claimed around the map which in turn provide players with the resources of fuel, munitions and manpower. Unlike the previous games though players choose which resource type this point will produce or have the option to create a field hospital on that point instead. These captured points still act like a supply line and can be cut off if players are able to capture adjoining points.

Buildings are still a core gameplay mechanic in the second game of the CoH series with players again able to occupy the large number of civilian buildings to create temporary bases and strategic points. The game adds a few more building counters though and even adds wooden buildings which can be set on fire and will eventually burn down to nothing. 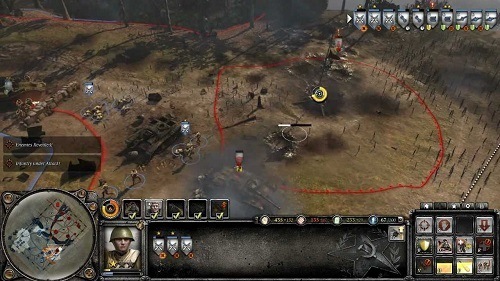 The combat system has received the most attention in the sequel with plenty of enhancements to add more options although the core idea still stays the same. Most combat takes place with infantry but it’s the vehicles and artillery that can ultimately win battles with proper use. Units have plenty of upgrades which also need to be effectively used for success and will also level up as they gain combat experience which adds another layer of strategy as you choose carefully where to commit your veteran fighters.

In many ways the sequel lives up to the first game and it is a pity that this gameplay has been scarred by the poor implementation and representation of Russia. If you can look past this issue you’ll love the gameplay but if you can’t then it’s simply best avoided.

This review was first published on July 22, 2014. Read our update policy to learn more.