Company of Heroes (CoH) is a WW2 real time strategy game released in 2006 and brought to mobile devices in 2020. Serving as the first in the series of strategy games players have a number of historic battles to conquer with realistic locations, units and familiar storylines. 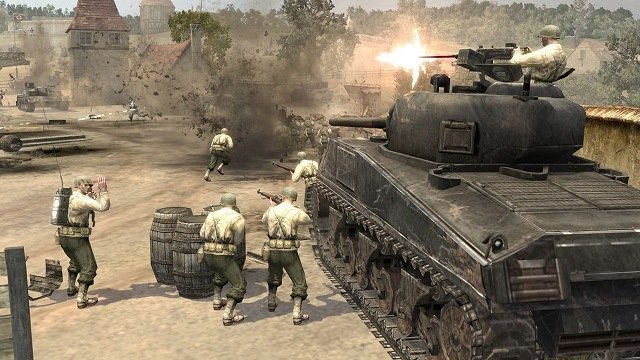 For the campaign component of Company of Heroes players will be joining the ranks of the US army Able Company in the later stages of the war in 1944. There is still ample combat to see the United States achieve victory though with the Omaha Beach landing in Normandy just one of many familiar stories that you’ll progress through. When the 15 campaign missions are complete players will have travelled across Europe to battle against German forces in various settings of war. Players can also control the Axis forces in the multiplayer arena which feature the same core gameplay albeit different historically accurate units.

The Allies are primarily American forces although do feature British troops during the campaign story. Allies specialise in affordable units that are versatile on the battle field and gain experience through their time in combat which allows them to be upgraded further. The Allies also have a full array of units with infantry companies, airborne companies and armour companies which combined provide you the main fighting force and support units you need to achieve success. The Axis on the other hand are represented by the German Wehrmacht who lack the versatility of the American forces but still provide sufficient strategy through the larger roster of options. With the strong war machine of both defensive and Blitzkrieg options the Axis units are expensive to procedure but are generally more powerful than their counterparts. 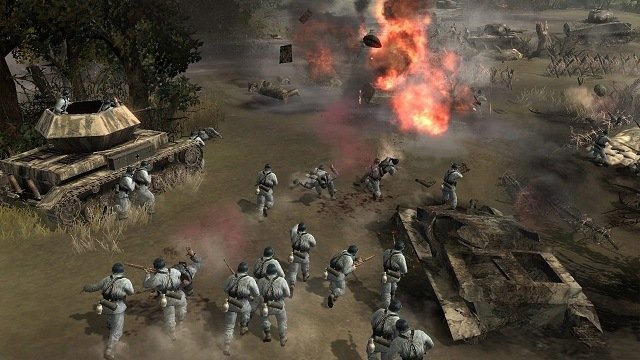 Underpinning this in both the campaign and multiplayer environment is a resource system that reflects the realism of a war setting. This resource system requires players to control points on the map and acts as a supply line to assist your army in moving forward. This resource mechanic also serves as a potential strategy with players that are able to disrupt enemy supply lines having a significant advantage. Resources are further broken down between munitions, fuel and manpower that are used in different proportions to create units, power your vehicles or upgrades.

Like other real time strategy games Company of Heroes isn’t just about the units though with buildings also an important piece to your overall strategy. Similar to resources the focus is on war realism with players able to occupy both civilian buildings for defence or create temporary structures like medic stations, troop production buildings or fortified positions (machine gun nests or bunkers) to fortify and support their positions. 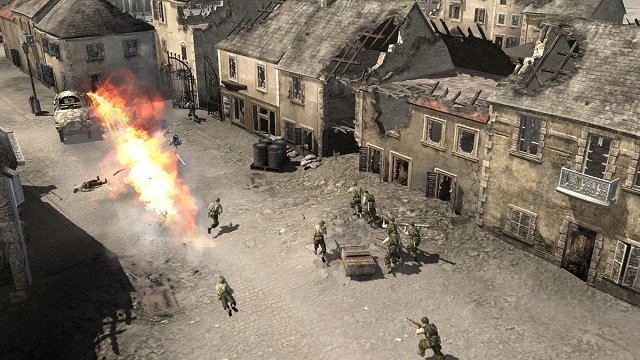 Bringing it all together Company of Heroes requires careful troop selection and macro strategy like a real war if you hope to be successful. Limitations in resources are also constantly front of mind as you’ll have to utilise your powerful vehicles and artillery support sparingly to turn battle in your favour.