Earth is the backdrop of your campaign in Conflict of Nations a free to play game with deep strategy and conquest which builds on the developer’s past experience in this genre. Officially referred to as Conflict of Nations: World War 3 as one may expect from the name the focus is on the modern warfare of the current day with players having access to a wide range of modern units to control the land, sea and skies over your opponents. This is in stark contrast the previous title from the developer which focused on the 1942 era (Call of War), what remains unchanged though is a commitment to high quality strategy gameplay with a wealth of depth and focus on slow paced tactical decision making. 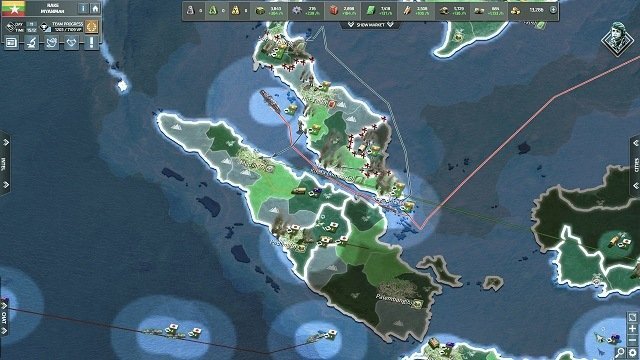 War is not the only element at play in Conflict of Nations however with options for economic development, technological research and foreign diplomacy. The result is a Risk like experience albeit with more depth and strategy thanks to the computer based gameplay.

Playing out a possible World War 3 scenario with all of these possibilities makes for unique scenarios in each individual match as your opponents swift between aggressive war focused enemies to economic powerhouses that crush you with their superior economic growth. When not matching against a human opponent the AI is also reasonably well equipped to pursue these different paths to victory which ensures a reasonable challenge is guaranteed if the small community is unable to fill up an entire match.

Starting a new game players are introduced to a world that is at all-out war with the direction (war or diplomacy) completely up to the player. If you are playing against others though generally you’ll see more players interested in the aggressive approach as this is simply the strategy that most other players gravitate towards. Although the AI helps balance this out somewhat it is rare to be involved in a game that offers true depth of diplomacy that the game was built for unfortunately. 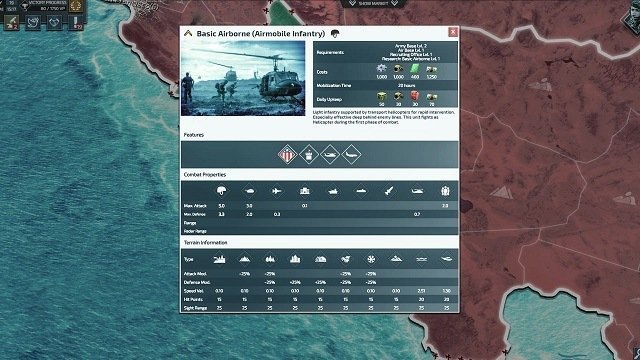 Despite this, games are still highly strategic on the battlefront portion of Conflict of Nations whereby games are designed to be slow paced and played across days or weeks allowing all manner of carefully planned attacks and defences to be organised. This is particularly important in larger scale games whereby co-ordination with teammates can prove to be very fruitful as you attack in multiple waves, group your defences or use tactical positioning to mislead your opponents. It’s important to note that this pacing is by game design and consistent with the developers other titles which are intended to be played over a longer time period.

When you are able to max out the largest map in the game this number of players reaches up to 64 although achieving this will need a fair amount of co-ordination and alliances with friends that you’ve met along the way. Other maps are still ideal for smaller skirmishes and some even include specific scenarios to ensure various gameplay experiences. Gaps in players can always be taken up by AI opponents which as mentioned offer enough of a challenge to get your feet wet into the core gameplay.

The range of weapons that support your campaigns is clearly where most of the development effort and thought has been invested into Conflict of Nations with an extremely healthy range of units that come with their own stats, costs and uses on the battlefield. From various infantry squads to powerful tanks, aircraft and ships each has an appropriate strategy to utilise them at their best, like most strategy games countering the selections of your opponents will prove to be the most fruitful. 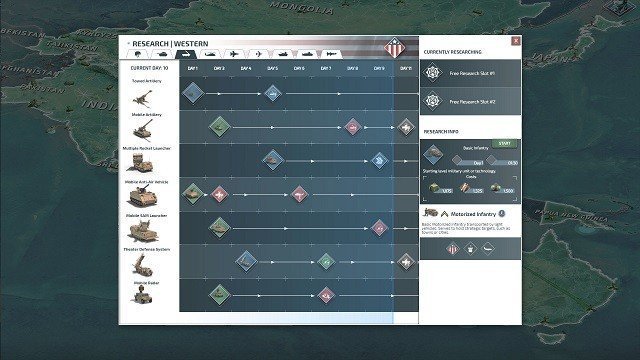 Conflict of Nations doesn’t limit itself to only these units either with a wide range of powerful weapons of mass destruction to help you take out defensive positions that are causing you problems in your advance which is where you really get that sense of modern warfare. Further customisation is handled through technological advancement which lets you drive the strategy of your nation towards your preferred units.

Overall the strategy depth and variety you’ll find in Conflict of Nations is fairly impressive considering a free price tag. If you grew up playing the board game Risk or similar early computer games that were slower paced and more about the tactical component you’ll find the game serves you well particularly if you want something with a more modern (World War 3) twist on the genre.

Games Finder is a Steam Curator and featured in the aggregate review scores data of MobyGames and Neoseeker.
FEATURED ON
Games Like Civilization, Games Like Master of Orion
LEAVE A REPLY Cancel Reply