Conquer medieval lands on a grand scale in Conqueror’s Blade a MMO that attempts to bring massive battles (PvE and PvP) into the MMO universe. Your role in this carnage is that of a well trained general which gives a host of unique abilities alongside command of your own upgradeable and customisable troops.

Conqueror’s Blade is a free to play title with vast MMO influences in its mechanics, while the game can definitely played as a solo experience focusing on PvE the true breadth of the game is only uncovered when engaging with others through the MMO aspects. Central to the core gameplay loop is the progression of your very own general and their house who you control directly on every battlefield and in the wider game world which includes towns, resource nodes and the usual hub like locations of a massively multiplayer game. 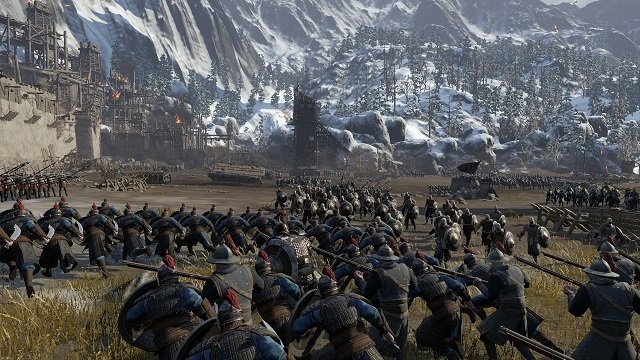 With this character playing such as a central role to the experience Conqueror’s Blade ensures ample customisation at the start of your adventure which includes selecting your own history which impacts the starting stats of your character and is a nice touch alongside the usual array of visual customisation. It’s also during this character creation screen that you’ll choose an a weapon type for your commander.

The wealth of weapon classes in Conqueror’s Blade is impressive with nearly a dozen options in total, some of which are gender specific. On the bulky defensive side you’ve got the likes of sword and shield and poleaxe who are generally heavily armoured and well adapt at taking a beating on the battlefield. In contrast more agile weapon choices such as the dual blades, nodachi and even bow favour players who want to avoid direct combat when on the battlefield and play more strategically.

Further customisation takes place as you level up in Conqueror’s Blade and increase the four stats of strength, agility, armour and toughness which modify your effectiveness with certain attack types (such as slashing and blunt damage) alongside your ability to effectively pierce armour or bolsters your own armour and health ratings. Players can also customise their armour pieces individually, select from a range of mounts and develop individual skills through gaining levels. 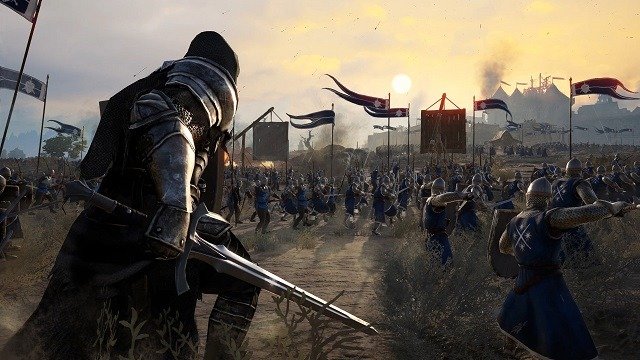 The skill trees in particular are vast with dozens upon dozens of different moves that have their own use in a battlefield environment with a total of 4 being able to be assigned for use at any time. Not content with limiting this customisation and choice to your own character Conqueror’s Blade has a strong depth to it’s barracks mechanic which is where your troop types (infantry, ranged and cavalry) are unlocked, upgraded and boosted with resource collection and production technology.

In order to be truly deserving of the MMO title though you need a healthy open world that is freely explorable by players and Conqueror’s Blade offers this in spades giving players the ability to rally their army and walk across the landscape encountering other players, resource locations and other towns which can all be entered and explored (although most of these have the same standard NPCs).

While the world is undoubtedly impressive much of your time  is spent on the battlefield be it the PvE battles where you team up with others against AI forces or PvP where you match up against other players only. Both of these options are available across field and siege battles which fundamentally have similar mechanics but with a different overall objective. 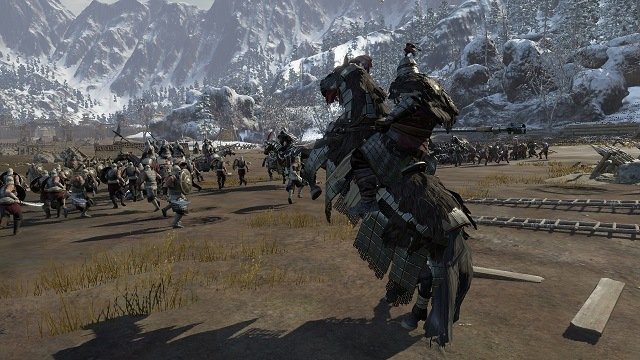 For example field battles feature a number of capture points that you’ll fight over and attempt to hold for victory while siege requires you to overrun a castle position within a specified time limit. Regardless of the game mode your personal units will join you on the battlefield and can be commanded to hold their ground, follow you closely to provide support or simply attack anything in sight. In terms of balance a human player can generally take out several units with ease although aren’t powerful enough to take out an entire group of similarly upgraded units. This decision ensures teamwork and good command over your own fighters is key to victory and that rash decisions generally go unrewarded.

This design also helps support the other mechanics at play in Conqueror’s Blade by encouraging you to carefully upgrade your troops, gather resources and think tactically in every battle in order to expand your house’s influence across the vast game world.

Games Finder is a Steam Curator and featured in the aggregate review scores data of MobyGames and Neoseeker.
FEATURED ON
Games Like Chivalry: Medieval Warfare, Games Like For Honor, Games Like Mount and Blade, Games Like Total War
LEAVE A REPLY Cancel Reply