Taking a page out of the lore of Mad Max and blending it with the likes of Faster Than Light is Convoy a game orientated around scouring the wastelands to build up your convoy in the harsh environment. Travel the wasteland in your semi trailer truck as you aim to recover enough resources to repair your crashed spaceship.

It’s a post apocalyptic setting that feels just like the Mad Max franchise albeit on a distant planet in the future as you fight off other convoys of vehicles to obtain the necessary resources and upgrades. The tactical and rouge like elements of FTL are also there which gives you the framework and rules by which you’ll obtain these resources from the landscape and foes. 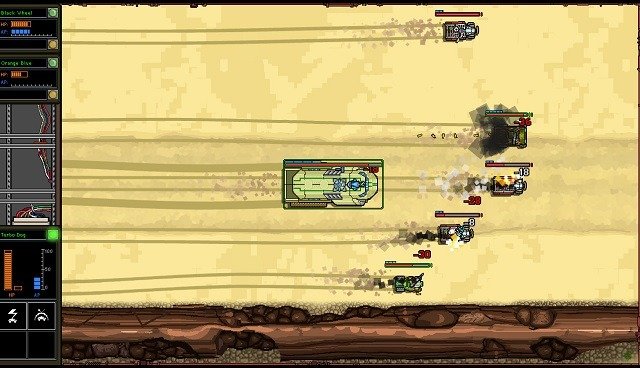 Core gameplay revolves around your squad of units that travel across the wasteland guided by random radio signals. These signals can be a range of scenarios including dialogue, chance based rewards or combat itself so players can never know what to expect and need to react to each encounter with a view to preserve resources.

With some of these encounters (mostly dialogue) players are given a choice that can impact on the result. This core mechanic leverages heavily on risk and reward with some of the riskiest encounters providing significant rewards to help your adventure but are equally deadly to your survival. With the rouge like mechanics death in Convoy is permanent and will require a new planet to be generated. 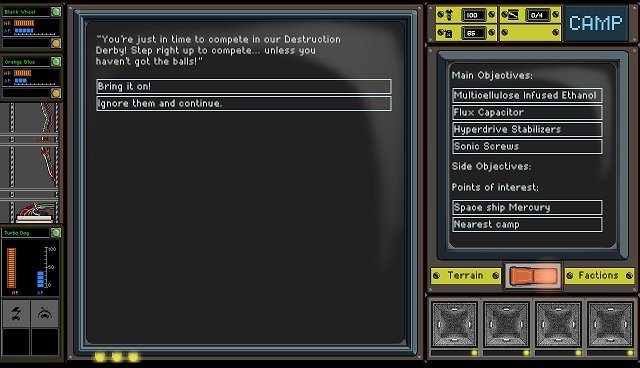 Given the randomised crashed planets for each adventure players never know what to expect and can go multiple playthroughs before experiencing every possible encounter that Convoy has to offer which is likely given the difficult nature of the game.

Most encounters though fall into the combat category where you’ll manoeuvre your convoy in strategic fashion to avoid attacks from raiders and enemies. With combat acting like a high speed real time car chase out of Mad Max you’ll have to employ quick forward thinking as you position units to use their available abilities in an effective manner. 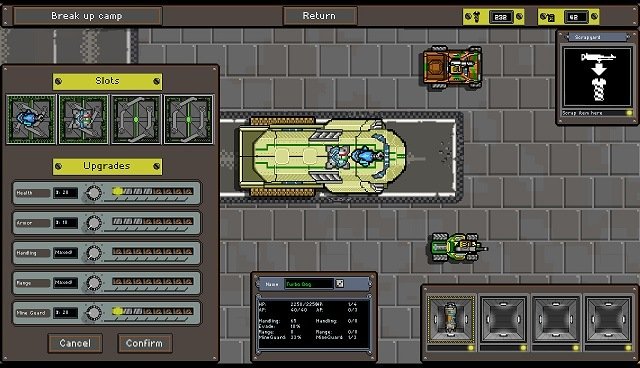 The heart of your convoy is the main convoy vehicle (or MCV) which can be supported by up to 4 supper vehicles that have their own stat attributes and slots for weapons and utilities. These equipment options include railguns, chainsaws, cannons, blasters , lasers, shields and drones of various tiers allowing for steady progression throughout your journey.

While Convoy has a great core idea and satisfying until you complete it once the longevity of the game does somewhat crumble on a few key game mechanics. Most notably in the upgrade paths you take, with the choice always appearing clear cut as different weapons are clearly stronger than others rather than promoting different strategies.

Random events also lack those one or two saving grace encounters that can turn a bad run into a salvageable one meaning poor runs are just a constant steady decline rather than the up and down emotions that top games in this space manage to create.