Cossacks: European Wars is a real time strategy (RTS) game developed for Windows and released in 2001 that explores the European 17th and 18th eras and draws inspiration from the popular strategy titles of the day. With over a dozen nations that bring their own uniqueness the strategy elements of this first game in the Cossacks franchise offers a wealth of tactical options. Expanded with several expansion packs all of these were made available in on collection marketed as the Cossacks Anthology. 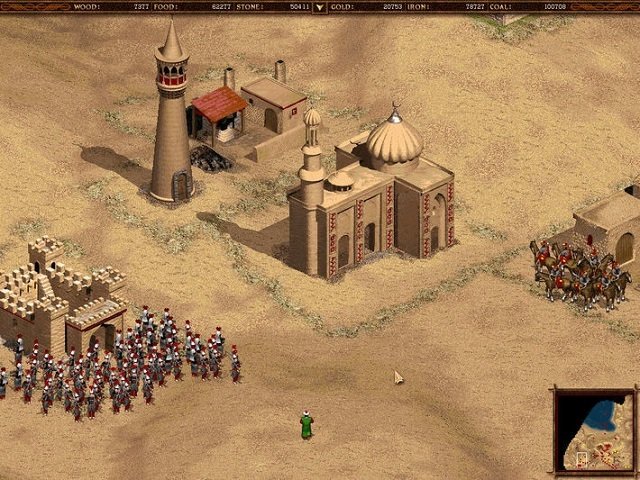 Like most strategy games Cossacks adopts a formula that offers you a large amount of campaign content through 5 separate base campaign stories but also allows players to challenge themselves with a large list of random maps that offer customisable settings. Regardless of how you prefer to play your strategy games Cossacks: European Wars includes all the necessary foundations you’ll need as you fight wars, battle economic growth and construct a range of buildings to grow your settlement with historical accuracy.

Underpinning your strategy is the six different resources used in Cossacks: European Wars with food, wood, gold, iron, coal and stone which are collected throughout the game world from various resource node sources by your peasants who serve as the workhouse units of your selected nation. Uses of each resource are as you would expect with wood used primarily for construction and upgrades, stone for defensive structures, food for unit creation and gold, iron or coal for advanced units. 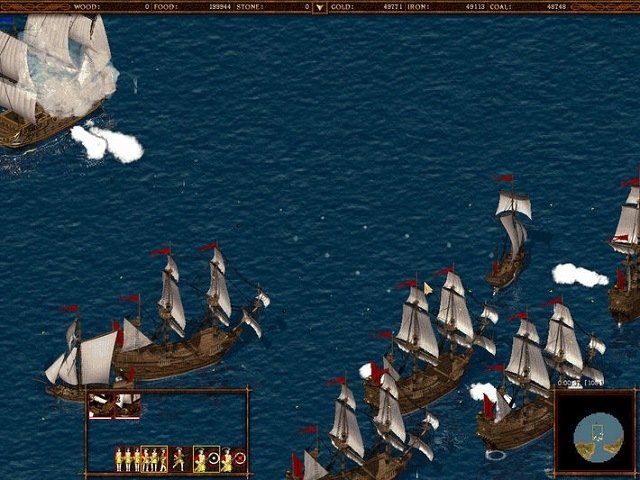 Having a stockpile of your resources is particularly important in Cossacks: European Wars since there are penalties for not carefully managing them. Running out of food for example will cause a famine in your civilisation with dire results as your units die from starvation with a lack of coal and iron preventing your ranged units from firing their weapons and running out of gold will cause a mutiny of your military forces and leave your vulnerable to civil war or enemy attack.

When your economy is stable though you’ll be able to invest the excess into developing your army of units to achieve your overall objective that generally requires you to overrun an enemy. Combat has some uniqueness to it in Cossacks: European Wars with a greater focus on formation tactics than similar strategy titles. Formations have their own benefits and weaknesses and generally used to counter specific enemy units such as a spread formation being ideal for dealing with artillery that does significant area of effect damage. 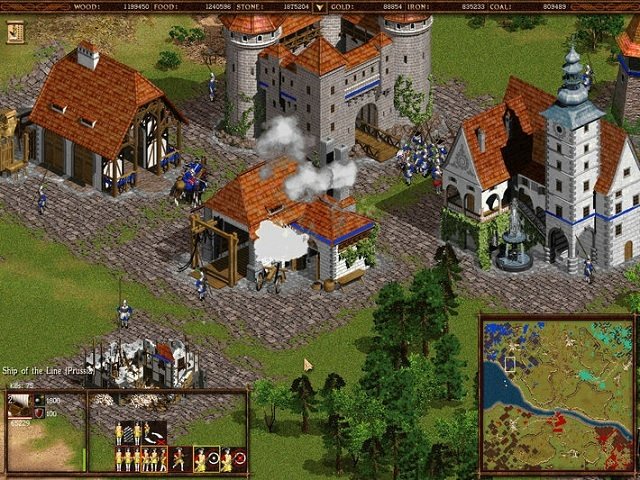 When building this army of melee foot soldiers, ranged fighters, battle ships, cavalry and a number of artillery units you’ll also need to factor in your specific nation if you intend to succeed in your assault. France for example are specialists of the musket cavalry unit with two unique options within this archetype. Meanwhile Algeria lacks the advancement options of other nations and instead relies on mass production of low cost units for their strategy. Other nations that you’ll encounter in the base game include Austria, Denmark, England, Netherlands, Piedmont, Poland, Portugal, Prussia, Russia, Saxony, Spain, Sweden, Turkey, Ukraine and Venice.

With each having between one and six unique units Cossacks: European Wars has fantastic variety available and truly no shortage of options for players to explore and master through the hundreds of missions in the campaigns or the never ending random map challenges.

Games Finder is a Steam Curator and featured in the aggregate review scores data of MobyGames and Neoseeker.
FEATURED ON
Games Like Age of Empires, Games Like Anno, Games Like Empire Earth, Games Like Rise of Nations, Games Like Stronghold
LEAVE A REPLY Cancel Reply