Counter-Strike: Global Offensive (or CS:GO) is a FPS gaming experience with a focus on online multiplayer gameplay. The game mostly features revamped content of the original Counter Strike game with a focus on bringing the experience of the popular competitive FPS into modern times. 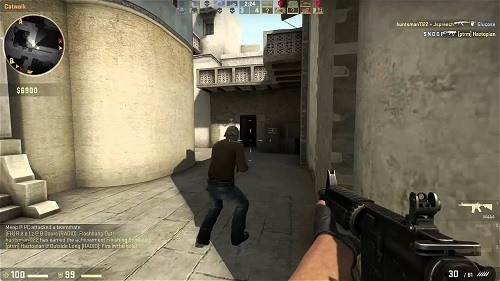 Counter-Strike: Global Offensive was released in 2012 under development by Hidden Path Entertainment and Valve Corporation.

The gameplay that you will experience in CS:GO is heavily biased towards objectives in the multiplayer environment. The game is known for its balanced gameplay and round based gameplay where once players are dead they must wait until the end of a round to respawn. In most game modes players generate money for completing tasks successfully which can be spent on additional weapons in between rounds.

CS:GO splits player into two teams for each game mode (apart from deathmatch) known as the terrorists and counter terrorists. While each team has separate weapons they each are comparable to eachother to ensure fair and balanced gameplay. Game modes in CS:GO offer good variety and include classic, arms race, demolition and deathmatch.

The classic game mode is definitely the most popular and involves either defuse or hostage situations. In defuse the terrorists attempt to plant explosives at a bomb site (with the counter-terrorists protecting these locations) while hostage has the counter terrorists attempting the resource of hostages from the terrorists. This core classic gameplay also comes in two forms: a casual game mode and a competitive. The casual game mode gives significantly more starting money, longer round times, no friendly fire damage and more spectator freedom. 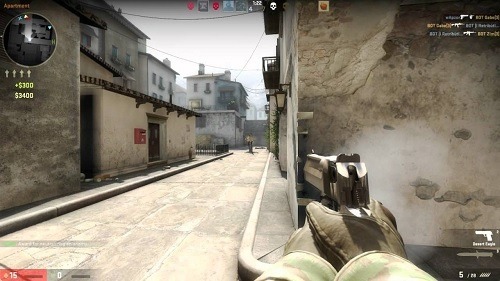 Alternatively players can play in an offline environment with bots which mimics some of the game modes available to help ease the learning curve for new players.

If you’ve never cared for the campaigns in your favourite FPS games and need a change from pace from Call of Duty or similar FPS titles then CS:GO has everything you need.

Games Finder is a Steam Curator and featured in the aggregate review scores data of MobyGames and Neoseeker.
FEATURED ON
Games Like Call of Duty
LEAVE A REPLY Cancel Reply