Crackdown was released in 2007 for the Xbox 360 and offers players an explosive and fast paced open world adventure from a third person perspective. 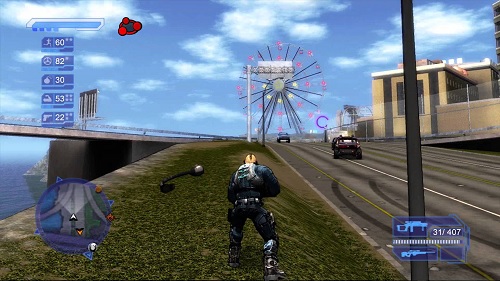 The game takes place in Pacific City (a fictional city) and has players stepping into the shoes of a powerful agent as they attempt to remove crime from the city once and for all.

In order to do this the player will have to take apart the crime syndicates by taking down their bosses one by one. There are a total of four islands in the game and three different criminal organisations for players to battle against. If players don’t want to tackle the game world alone then they can easily tackle the game in the available online co-op mode.

Crackdown is completely open ended with the entire world open to players from the very beginning. Players are given no order to follow and can attack any one of the three crime bosses whenever they want. To increase their chances of winning a confrontation though players can first defeat the crime generals in order to weaken the crime bosses. 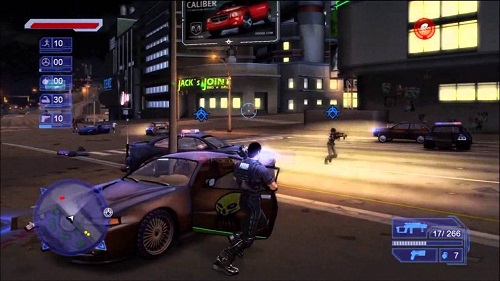 To enhance the gameplay of Crackdown players can increase a number of character skills. These skills include agility (running and jumping), strength (lifting and throwing of objects), firearms (improves weapon accuracy and damage), driving (better vehicle handling) and explosives (range and power). Skills are increased as players use the associated ability to dispatch enemies so players will quickly develop a character to suit their playstyle.

Crackdown is fast paced and often over the top crazy as players jump from building rooftops and hurl cars at would be attackers. The game doesn’t take itself seriously which is why exactly it has such great appeal to a casual audience.