Cradle mixes science fiction and walking simulation in an independent title that sees you exploring a strange world as you repair a mechanical companion and seek to also recover your lost memories. Playable on Windows and Linux Cradle offers a unique futuristic world with a range of weird science fiction components to the exploration based storyline and corresponding adventure. 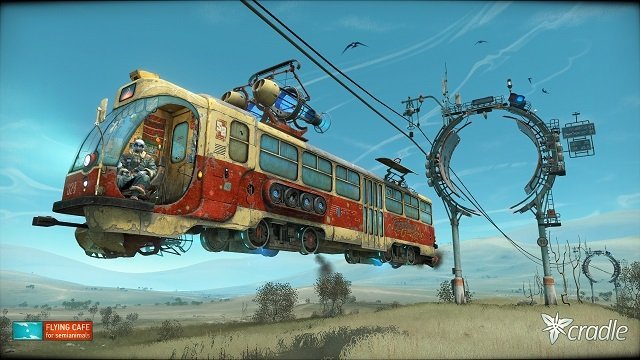 Amidst a neglected theme park in the year 2076 your story is set and the primary area for your exploration ahead. Played in first person Cradle this theme park and other locations are set within Mongolia and filled with the likes of robots and flying buses although there are still current era elements to the world around you as well. Your part in this tale starts in 2076 deep in Mongolia as you awake without a single idea of who you are inside a yurt. With only a mechanical girl in the yurt and no other persons as far as you can see it is a long journey of discovery that awaits.

A recurring focus of your journey is events 30 years prior to the story of Cradle which was an era of massive breakthroughs in neurosciences that ultimately changed the face of the world forever with victory over ageing and even death itself finally achieved by transferring human consciousness into artificial carriers. 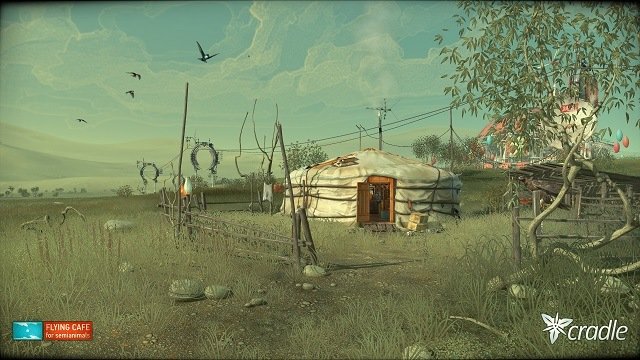 If science fiction film and novels have taught us anything though this sort of technological advancement is never achieved without side effects to society. In the game world of Cradle this involves test subjects of these carriers self destroying themselves based on an irrational fear which is subsequently referred to as the Panic Attack.

To uncover your past you’ll walk across the open world landscape as you interact with objects and NPCs that slowly reveal themselves to players to fill in the story blanks and the blanks in their own memories. Said NPCs are primarily mechanical beings in Cradle which are paired with impressive animations that they feel anything but mechanical. Along the way you’ll also take on a variety of quests and the odd mini-game to give you further engagement with the environment while building the world and your memories. Along the way Cradle supports its atmosphere with an impressive soundtrack that is perfectly suited to the environment with synthetic but meditative tones throughout. 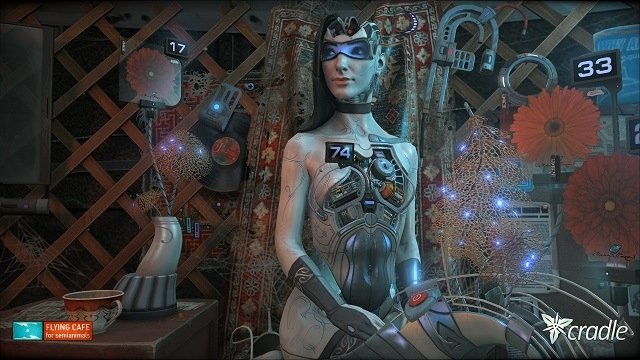 Your Cradle adventure isn’t without some flaws that break this overall immersion with things like the odd graphical error or control issue that takes you out of your adventure unfortunately. Those that enjoy the genre of walking simulator and story quest titles though will be rewarded if they can look past these deficiencies.

Games Finder is a Steam Curator and featured in the aggregate review scores data of MobyGames and Neoseeker.
FEATURED ON
Games Like Dear Esther, Games Like Firewatch
LEAVE A REPLY Cancel Reply