Craft The World is a sandbox game with strategy elements for PC, Mac and iOS whereby players will be creating their own dwarven colony from humble beginnings. Mixing elements from a range of titles in similar genres Craft The World’s overall experience is a gaming treat and offers replayability at the same time. 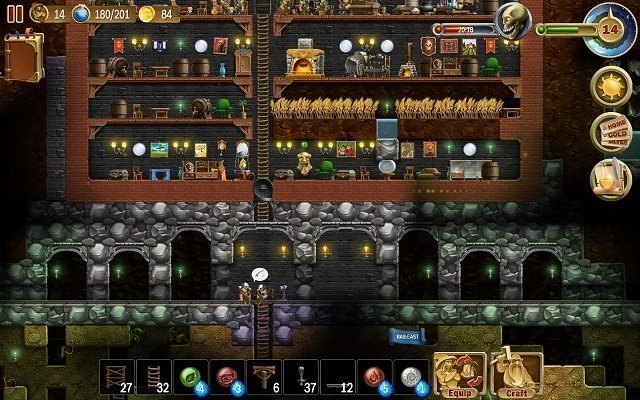 Craft The World puts you in charge of your own dwarf society that grows from a single dwarf to a thriving community of adventurers (often 12-14 depending on your level completion time) as you explore the randomly generated game worlds, collect resources, fight monsters, craft items and discover new technologies. Ultimately your goal is to build a comfortable base, claim the portal keys hidden around the map and open the portal for your dwarves to move onto a new land.

While Craft The World includes several different levels that change the level size, slowly introduce extra difficulty and introduce their own mechanics or unique creatures. For example the snow level will require players to melt ice in their fortress to acquire water or the underground level that lacks sunlight and has a range of deadly flying enemies. In addition a sandbox mode gives players the ability to tweak all of these options as well as play the game in a sandbox discovery mode which removes the structured progression technology tree and instead requires you to remember recipes or find their blueprints and is thus ideal for the experienced Craft The World player. 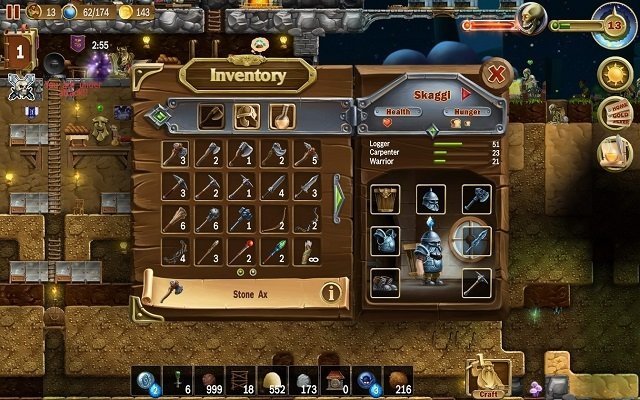 At the start of each adventure you’ll start with a lonely dwarf and adventure out to collect the necessary starting resources such as wood, food and stone. If it’s your first time jumping into the game you’ll be able to follow the tasks that are provided to help you get started which come in the form of a handy technology tree with prerequisites to introduce all of your options. Ordering your dwarves is as simple as clicking on the tiles that you wish to dig out but you can also take direct control of a single dwarf if you desire greater control over their actions, while useful on PC it’s a little cumbersome on mobile and generally not a recommended path.

Using these basic resources players will be able to craft their first few items which will include torches, clubs and pickaxes to create the foundation of future craftable items. This is done through the crafting screen which gives you information on all the items you have and shows you any recipes that you currently know. As you craft new items you’ll unlock new recipes in a tech tree style fashion so it’s easy to see the path to the unlock that you want unless you’ve opted for the sandbox mode. 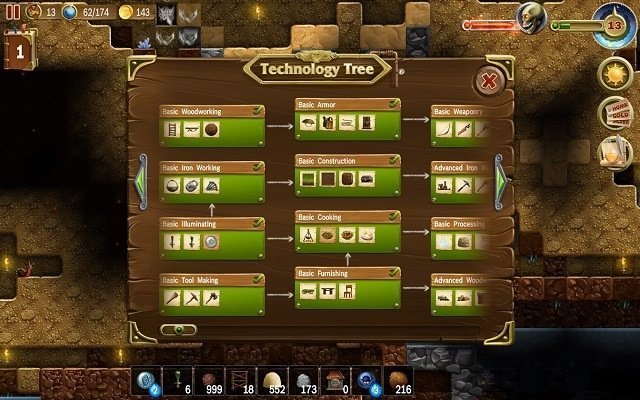 Equipment based items such as tools, weapons and armour must be equipped to individual dwarves allowing you to design fighters and workers to meet your needs. Dwarves also come with their own specialised skills such as cook, mage or hunter which is important to consider when decking out your dwarves with gear. Staying geared is important as there are countless threats waiting in the darkness that love to attack your settlement and without perfect optimisation can quickly lead to chaos at the higher difficulty levels.

Craft The World takes the sandbox genre into a slightly different direction but proves to be an extremely enjoyable, deep and rewarding experience.