Creatures: The Albian Years is a re-released version of Creatures 1 and 2 which also comes with the additional Life Kits and Object Packs which add additional content to the games. 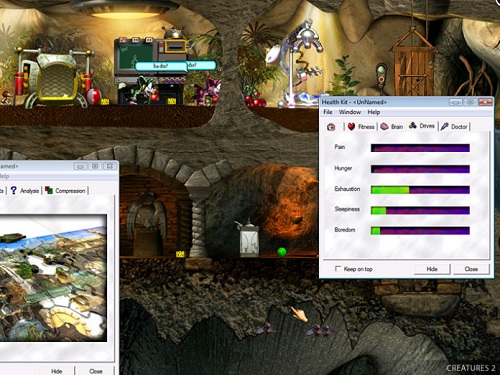 The first two games in the Creatures series take place on the planet of Albia which features a variety of environments similar to that found on Earth. Spread across the world are a number of abandoned laboratories that have been left over from a highly advanced race known as the Shee (who have mysteriously left the planet).

These laboratories let the player hatch Norns (small pet like creatures) to re-inhabit the game world. Players have a huge amount of control over breeding to create their desired Norns and are also in charge of teaching them how to survive and thrive on Albia. Early Norns aren’t very hardy creatures but with careful breeding and proper training players can improve their Norns resilience to the world around them.

The second game changes things up slightly and takes place after a natural disaster alters the world of Albia with new landscapes and areas which increase the overall game difficulty dramatically.

A large part of the gameplay involves watching your Norns evolve and develop in the game world. They are extremely playful creatures that simply love to explore the world around them which often leads to their downfall. 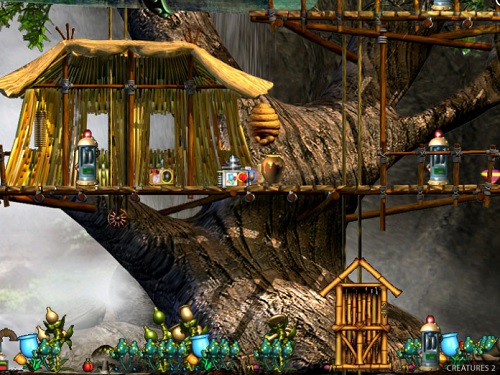 Norns aren’t the only existence on the planet though, players will also meet the Ettins and Grendels which will hinder your progress to advancing the Norns race.

Creatures 1 and Creatures 2 both have plenty of complexity to explore and include an impressive AI system that mimics realistic behaviour. Creatures: The Albian Years bundle pack is the perfect introduction to an old and highly popular evolution experience.

Games Finder is a Steam Curator and featured in the aggregate review scores data of MobyGames and Neoseeker.
FEATURED ON
Games Like Black and White, Games Like Dwarf Fortress, Games Like Slime Rancher, Games Like Spore
LEAVE A REPLY Cancel Reply