Creatures Exodus was released in 2004 as a compilation package of Creatures 3 and Docking Station. Creatures 3 was one of the most advanced and popular games in the evolution simulation series known as Creatures. 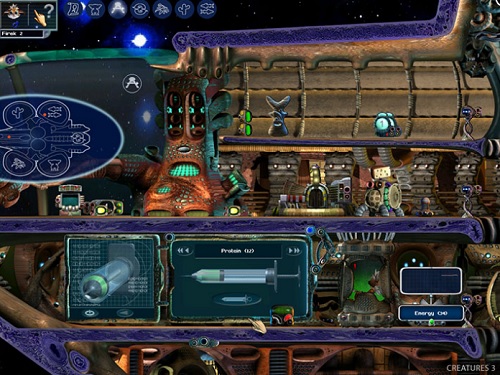 Creatures 3 offers similar gameplay to previous games in the series with players hatching creatures (known as Norns) and helping them to mature into intelligent life forms. Players achieve this by breeding and teaching their Norns. With careful breeding players can engineer certain traits into their Norns that they desire while teaching eventually allows players to assign tasks to their Norns (which they may or may not follow).

The third game in the Creatures series changed up the game formula slightly from previous games in the series though. Instead of taking place on a planet the game has moved into a ship (which ties in with the storyline of previous games). Players are in charge of raising their virtual creatures to a point where they can fly the ship, which is no easy task.

This ship has several artificial environments and all the tools players need with many new technologies and options not present in previous games. With all the new options present in Creatures 3 there are limitless options for genetic manipulation and teaching Norns. 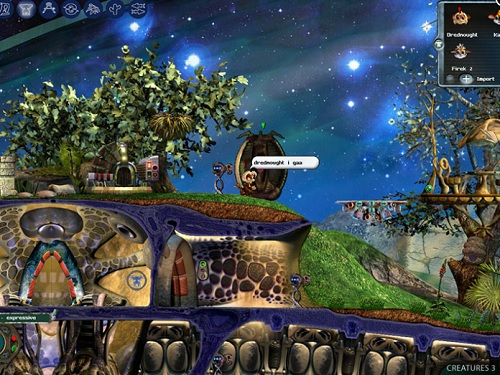 Players aren’t alone on the ship and must watch out for the Grendals who love nothing more than killing Norns and the Ettins who love gathering all the gadgets around the ship that you need to help your Norns reach intellectual maturity.

Creatures is easily one of the most unique simulation experiences around and Creatures 3 was definitely at the peak of the series success. If you want the full story experience though consider starting with Creatures Albian Years which is a re-release of the first and second game.

Games Finder is a Steam Curator and featured in the aggregate review scores data of MobyGames and Neoseeker.
FEATURED ON
Games Like Black and White, Games Like Spore
LEAVE A REPLY Cancel Reply