Focusing on a multiplayer online experience Critical Ops takes plenty of inspiration from the popular Counter Strike franchise and brings it to the mobile arena. 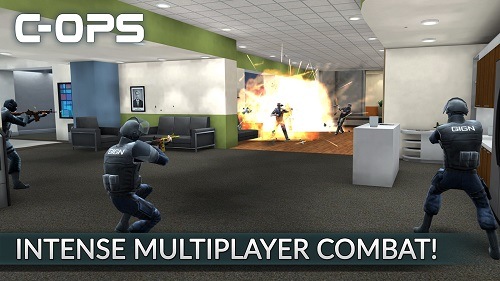 Critical Ops does not play around when it comes to honing in your focus on finding a game and getting into the action as soon as practically possible. With the slimmed down main page and simplistic menu design there isn’t much to stop you from stepping into a game once you’ve completed your basic training tutorial.

Said tutorial will take you through the basics of shooting your weapons, moving around the game world and interacting with the bomb (planting and defusing). The control scheme is similar to all the other FPS games on the market in terms of setup but is definitely more fluid than most experiences.

With the controls mastered stepping into one of the game modes is done with only a few fingers taps. Only two game modes are offered in Critical Ops, the forever classic death math (teams) and defuse which any Counter Strike fan will be familiar with. While both support up to 16 players unfortunately you’ve only got 5 maps to experience in total but the benefits of several serves located across the world do ensure you’ll get to enjoy them lag free.

Additionally if you have a friend on a different device you can activate cross platform play, with Critcal Ops recently coming to PC the ability to turn this off is very attractive to ensure you aren’t walking into a computer player while on your phone. 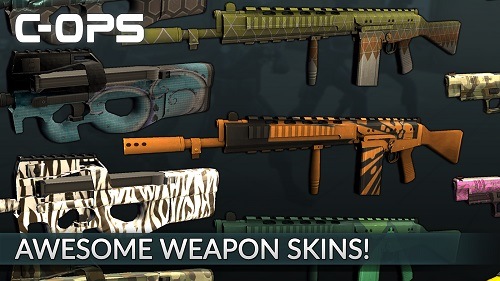 To keep you playing matches the game uses a currency system which is handed out for matches or completing one of your daily missions. In turn this currency can be spent on random loot crates which unlocks a random skin for one of the 19 available weapons to show off in game. This also serves as the only in app purchases present in the app which allow a chosen skin to be unlocked for your favourite gun rather than relying on random loot.

With the no fuss gameplay that is free from power boosting in app purchases Critical Ops can be forgiven for its small pool of maps.

Games Finder is a Steam Curator and featured in the aggregate review scores data of MobyGames and Neoseeker.
FEATURED ON
Games Like Counter Strike, Games Like Pixel Gun 3D
LEAVE A REPLY Cancel Reply