Taking you into a post-apocalyptic landscape with an endless array of parts to customise your own vehicle is Crossout, a game that resembles Mad Max in design as you engage in vehicle on vehicle combat (PvE and PvP). Available on Windows, consoles and mobile through the Crossout Mobile version this free to play MMO style experience offers a wealth of combat. 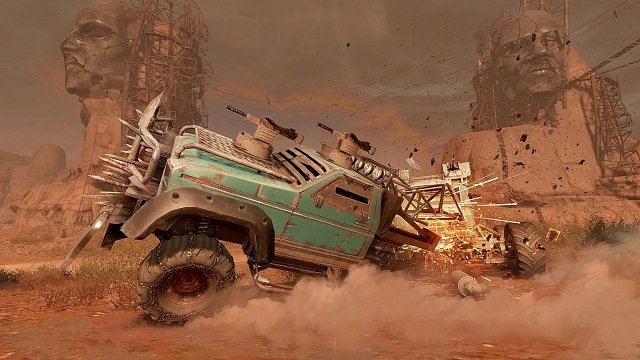 Set 20 years after a disaster in 2027 that has left that world ravaged by a worldwide disease the game features several factions fighting over the remaining resources as some aim to bring humanity back while others are doing everything they can to stop that from happening. This epidemic referred to as the Crossout by those that are still alive has left the Earth populations scattered and devastated with the disease inflicting hallucinations on those that survive the initial infection.

Vehicles are central to the game world of Crossout which is primarily an action MMO where players engage in PvP and PvE vehicle combat. While you can set your own goal in this vehicle based game world most players will find themselves actively engaged with the core gameplay loop of designing your ideal ride, utilising it in combat and then gaining reputation and currency to improve your vehicle further for the next challenge. This loop ties in closely with the reputation you hold with the various game factions which each specialise in a different type of vehicle tactics. With each game and mission you’ll earn rewards to be invested into your customised vehicle to further increase your potency on the large game maps ideal for vehicle warfare. Notably this takes place without traditional roles or classes which allows players to define and change their role based on their vehicle build. 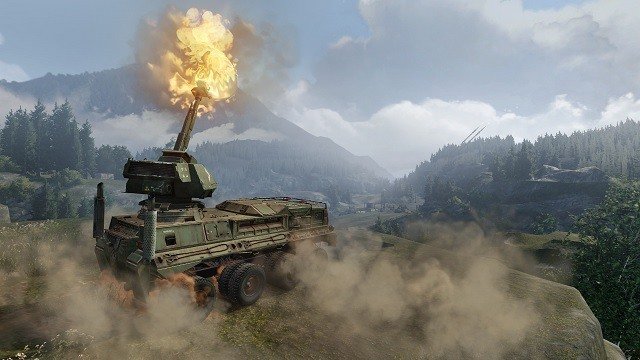 In order to create this dream vehicle build players will collect parts across weapon, hardware, movement, structure and decor categories which are built on a number of frame starting blocks. From the frame you’ll attach the cabin for your driver which is the most important part of your vehicle as it’s destruction will result in game over.

A second key choice once you’ve got your chosen frame is the type of movement for your vehicle with Crossout offering traditional wheels as a balanced options but also allowing for resilient tracks, hover and legs that have their own advantages and disadvantages. While hardware can give you special abilities such as boosts, invisibility, radars and engines that offer all sorts of combat effects. Crossout also includes a range of visual customisation options to truly make the vehicle your own including the special decor category that provides minor boosts to reputation that alters experience gained. The end result is your vehicle characteristics which include durability, mass and max speed with your weight impacting your potential for acceleration. 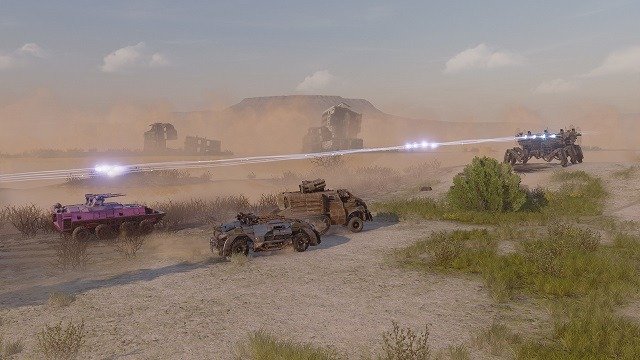 Weapon choice is one of the diverse customisations though with weapons that range from machine guns, miniguns, cannons, melee weapons, rockets, missiles, grenade launchers, energy weapons, drones, flamethrowers and many other experimental weapons as you try to deal maximum damage to those driving around you. Like other vehicle customisation options weapons each have distinct features and negatives that make them ideal for certain situations. Machine guns for example are an ideal general purpose option for close ranged combat and the high fire rates can put pressure on opponents. On the other hand drones provide an option for players to passively damage opponents without the need to aim them in the chaos of a vehicle chase.

Progression through all of these parts sees players either crafting them, obtaining them from faction or trading for them on the player market which results in an abundance of parts available across the rarity tiers for players to trade and collect.

Games Finder is a Steam Curator and featured in the aggregate review scores data of MobyGames and Neoseeker.
FEATURED ON
Games Like Mad Max, Games Like War Thunder, Games Like World of Tanks
2 COMMENTS
LEAVE A REPLY Cancel Reply