Crossy Road is a pixel based mobile game that has players crossing a busy street of traffic with their unique character and the equally unique pixel block world. Mixing in the classic gameplay of Frogger and adding an endless component to it has proved an addicting formula on both the iOS and Android platforms with eventual release on the Microsoft Store (Windows 10) and a web based version. 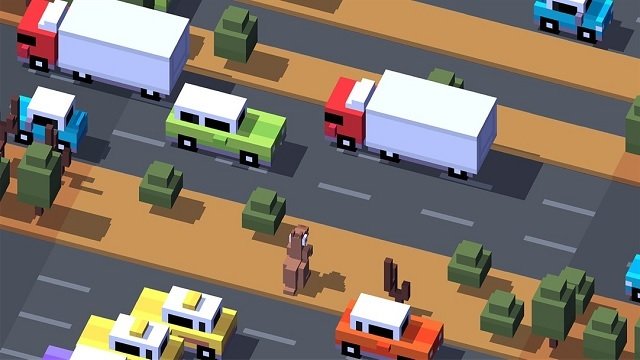 With this simple formula and gameplay Crossy Road is accessible to all ages and spectrum on the gamer scale which shows with the tens of millions of downloads on the available platforms. Like others in the endless running genre your sole objective in Crossy Road is to make it as far as you possibly can without dying to the hectic traffic and other obstacles. This distance incorporates roads, rivers, grass and even train tracks which each have their own challenging obstacles to avoid from fast moving trains to cars and floating logs on the river. All of these obstacles are appropriate for the setting resulting in a natural game flow packed with variety.

Moving around these obstacles is a simple affair with players instructing their character to take steps forward, backwards and side to side just like a traditional Frogger experience. Players are limited in their backward movements though to encourage continually moving forward gameplay and similarly are penalised for standing still for too long to add to the core game challenge. 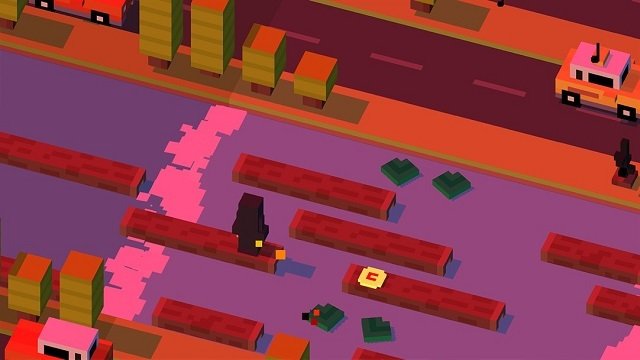 During each individual game run players will also encounter gold coins scattered around the environment which can be collected to unlock additional characters that you can use in future games. These coins can also be earned in a number of other ways in game which ensures a steady flow to ensure you feel rewarded for every game run as you slowly build your collection of colourful avatars.

With well over 100 of these characters picking which one to use can take just as long as unlocking them. With a collection ranging from the simple chicken to other animals, memes and special events the variety is impressive with some also changing the visuals of other game elements and mechanics. 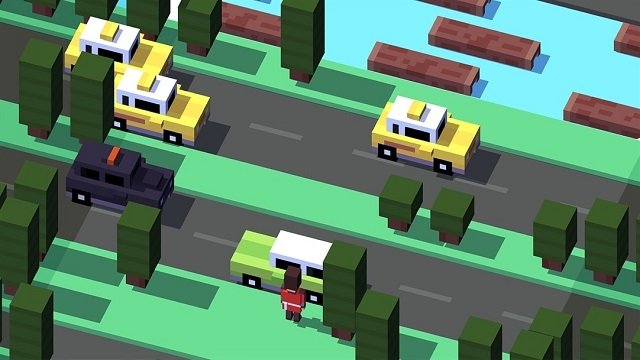 For older players that grew up on Frogger or similar experiences you’ll find the game a great nostalgic trip into the past. Meanwhile younger gamers will get to experience a classic game that has been modernised for a new generation with a freemium mobile experience or a quick play browser title.

Games Finder is a Steam Curator and featured in the aggregate review scores data of MobyGames and Neoseeker.
FEATURED ON
Games Like Monument Valley, Games Like Subway Surfers, Games Like Temple Run
LEAVE A REPLY Cancel Reply