Crusader Kings II offers a Middle Ages grand strategy experience and builds on the solid foundations established by the original game. With plenty of historical figures making an appearance you’ll be able to live out their legendary stories and carve out your own story at the same time. 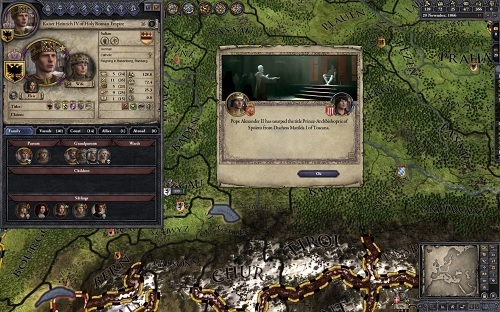 Taking your medieval dynasty from 1060 to 1450 leaves plenty of room for technological growth and progression as you make decisions about war, marriage, assassination, religion and more. Protecting your dynasty and creating a family name that you can be proud of is the focus of the game with an open ended experience that ends when your character dies without an heir.

Ultimately you want to finish the game with as many prestige points as possible (indicating you were the most powerful dynasty). However, Crusader Kings II ends up being much more than chasing a high score, you’ll quickly realise this is a game that is more about the journey than the end.

One of the most interesting features of the game that will be the basis of many decisions is the education and genetic systems. With this system your children will inherit many of your stats (culture, traits, skills and religion) and those of your partner which requires you to balance what might be a smart decision for your empire on a whole (marrying into a strong alliance) and good for your dynasty in the long term (marrying for genetic benefits). 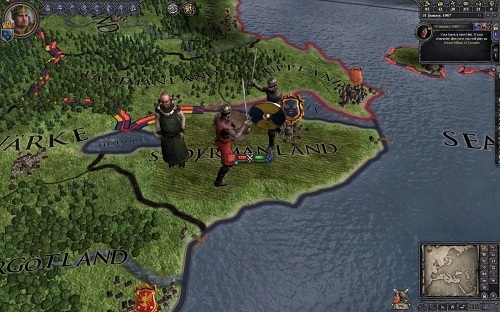 To help you make the tough decisions the game gives you a council of five members which are each in charge of their own part of your empire and help streamline your control over matters of your dynasty and lands under your control.

The blend of Middle Ages simulator and grand strategy puts Crusader Kings II right up there in terms of complexity but if you take the time to understand all the elements that it offers you’ll be rewarded with thousands of enjoyable gameplay hours that always present a new challenge.

Games Finder is a Steam Curator and featured in the aggregate review scores data of MobyGames and Neoseeker.
FEATURED ON
Games Like Civilization, Games Like Europa Universalis, Games Like Total War
LEAVE A REPLY Cancel Reply