Crysis 3 is the third game in the first person shooter series which constantly pushes gaming hardware to the edge of its capabilities. This series once again offers a breathtaking visual experience that is combined with solid FPS gameplay. 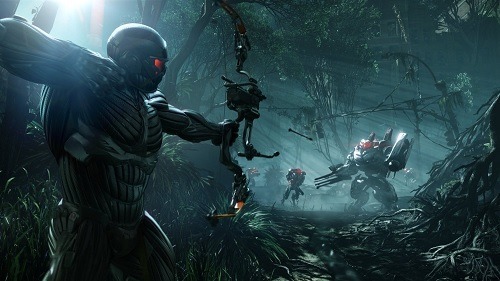 The game continues the story from the previous game with players controlling the Prophet over two decades after the events of the second Crysis game. Crysis 3 takes you into an urban jungle setting this time around as players explore a transformed New York City.

The city has been transformed by the evil CELL Corporation in an attempt to grab land, increasing their power and serving as a foothold in their mission to dominate the globe. Players of the previous games will settle right into the plot elements but if you haven’t played a previous Crysis game then most of the plot will fly well over your head.

In terms of gamplay players will be experiencing exactly what they expect from the Crysis series with solid combat mechanics and plenty of choice in how you approach the game. Your Nanosuit makes an obvious return in the third game but has been enhanced with plenty of new options for players to explore in the campaign, such as hacking. 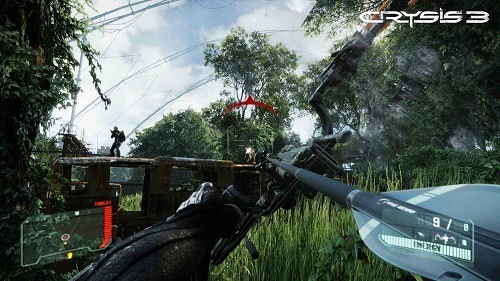 Using your Nanosuit players can jump high into the air, slide across the game map, cloak their presence, gain an armour boost or use the enhanced vision the suit provides to tag, track and hack enemies or devices. In addition to your suit players can modify their weapons to design a kit that works with their preferred style of gameplay.

Overall Crysis 3 is a solid shooter experience and shouldn’t be missed by fans it just falls short of the previous games in the series.

Games Finder is a Steam Curator and featured in the aggregate review scores data of MobyGames and Neoseeker.
FEATURED ON
Games Like Call of Duty, Games Like Far Cry, Games Like Halo, Games Like Just Cause
LEAVE A REPLY Cancel Reply