Cube World aims to stand out in the saturated voxel based sandbox game market by focusing in on the RPG features and a diverse roster of mechanics to be a well rounded adventure. Following a long development cycle (which started in 2011) the game was eventually released in 2019 on Steam allowing players to create their own procedurally generated fantasy world of voxels full of challenges and co-operative gameplay. 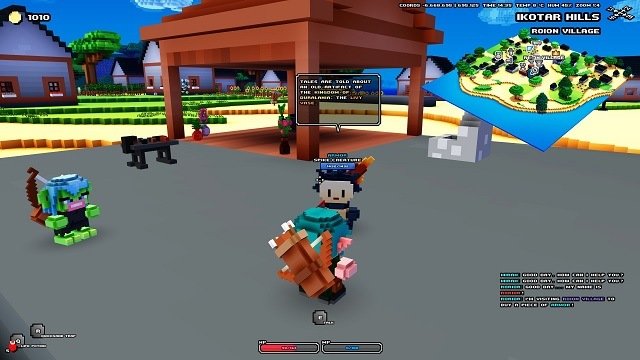 Describing itself as a a voxel-based action RPG with a focus on exploration your first step  to the world of Cube World is your choice of class with warrior, ranger, mage and rogue archetypes available that will impact on your combat experience. These base classes also eventually dissect into two specialisations that add further passive and active skills to your class although unlock your base class can be swapped at any time at the Guild Master in town.

Warriors are your typical durable fighter and capable of equipping not only the heaviest of armours but also an array of swords, maces, axes and shields. Warriors are adept at charging into battle and spinning around enemies for damage and lifesteal with their specialisations of berserker and guardian diving into either damage or defensive power. Rangers opt for medium armour and ranged weapons (bows, crossbows and boomerangs) instead which allows them to stay at a distant and quickly retreat should enemies get close before specialising into a sniper or scout role. 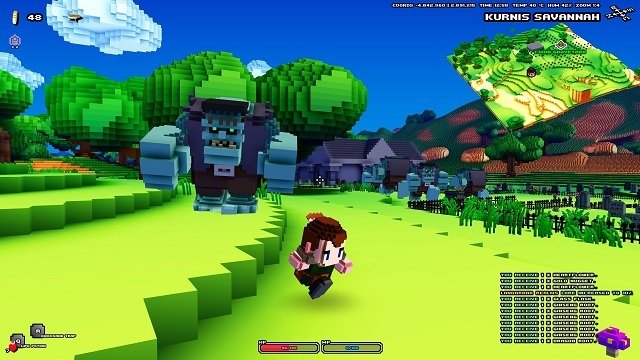 Mages are focused on light armour with staves, wands and bracelet weapons giving them access to magical spells from their mana pool with all sorts of explosive attacks and the utility focused teleport. Mages split into specialisations of fire mage (focused on carnage) and the water mage (focused on healing). Lastly is the rogue who is a stealth based melee fighter that uses cotton armour and small weapons like daggers and fists to attack from the shadows. Specialising in either an assassin playstyle of stealth or ninjas with high evade you’ll rarely be hit when playing as this class.

With your class selected Cube World uses randomly generated game worlds which also mix in a wide variety of biomes and ensures there is always a new mixture of monsters over each hill. To support this exploration you’ll find opportunities to fly with your own hang glider or sail with a boat with each land resetting the challenge for your gear to reach new heights. These world locations aren’t empty though with the open world hiding quests, NPCs, bosses, dungeons, lore and magical artefacts to acquire significant power. 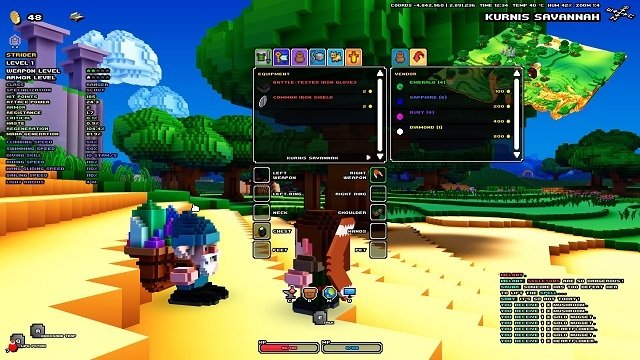 Combat is pivotal across this exploration with fast real time combat based around dodging and timing of your attacks that allows skill to overcome some (but not all) equipment weaknesses. This skill also extends to aiming with your crosshair to hit attacks, creating a combo from the right sequence of attacks and timing your powerful crowd control abilities to give yourself added time.

With a repeating cycle of explore, fight, loot and character growth that repeats endlessly across the lands of Cube World you’ll never run out of RPG content for as long as you want to continue the game loop.

Games Finder is a Steam Curator and featured in the aggregate review scores data of MobyGames and Neoseeker.
FEATURED ON
Games Like Minecraft, Games Like Trove, Games Like Zelda
11 COMMENTS
LEAVE A REPLY Cancel Reply