Dark Gnome gives players the opportunity to help a generation of dwarves throw up their arms and revolt against the oppressive rat kingdom that has prevented them from leaving freely in the valley for countless generations. You’ll recruit your own team of dwarves as you travel across the countryside of various maps hunting for items, gaining experiencing and building our your dwarf settlement with supporting vendors and activities. 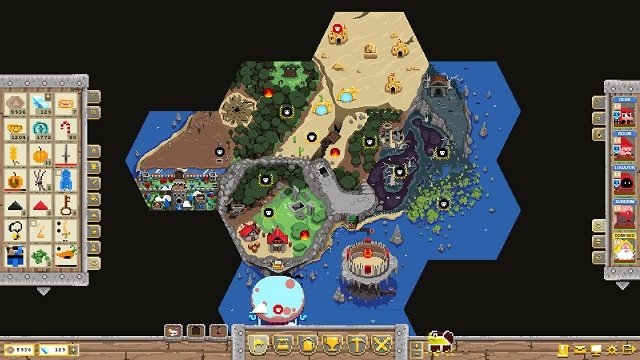 Opting to present itself through a retro pixel design this Upjers game is available in both your browser and Windows (via the Steam platform). Starting with a simple rogue and thug characters you’ll quickly come to terms with the core gameplay loop of Dark Gnome which is based around sending out parties of adventurers for experience and resources before healing them up and repeating again. This familiar formula comes from a mix of genres with elements of settlement management and turn based combat although only scratches the surface of both limiting Dark Gnome’s appeal to a specific gamer seeking light touches of both.

Progress is made in Dark Gnomes one hexagonal map piece at a time with your progress limited by first having to defeat the boss enemy in the region. In order to do so though players will need to complete various side missions, perform a number of raids to convince the boss to appear and level up their characters appropriately. The mechanism for doing this is fairly straight forward with nodes on the map clicked on with a party of adventurers selected to enter that area. Some of these areas also give you an option on your mission type where you can specifically try free more dwarves, acquire resources or raid the map to entice a boss battle. 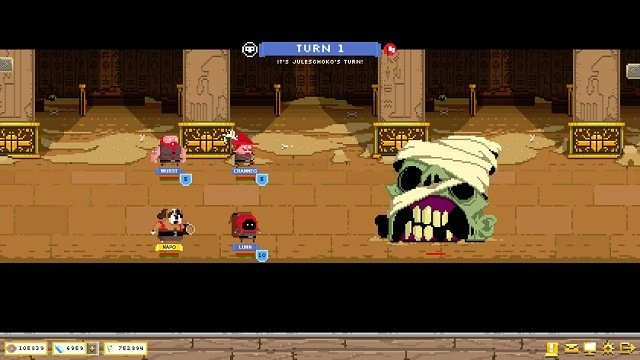 These areas then spawn a random map layout which players guide their party through in a grid like fashion. Each grid can contain a battle with the enemies of that area, a treasure chest for looting, a trap that damages your party, general resources or most commonly no event whatsoever. Second to these non event squares though is combat encounters which once activated shifts the game into a turn based interface maxing out at 4v4 combat. Combat itself entails players clicking on one of their dwarves and then selecting from attack, defend or use an item with the objective to run all your enemy health down to 0 while keeping your dwarves alive. It’s a simple system but does require some thinking for optimal completion with the likes of status effects to take into account.

Further depth to Dark Gnome combat though is offered through equipment with stat modifiers, active skills and unique character traits alongside classes that alter their effectiveness at certain tasks. You’ll find a surprising amount of potential depth across these mechanics with powerful fighting combinations and even item sets for the min-max gamer. Undesirable dwarves can also be permanently sent to the mines where overtime they can mine out various resources to be funnelled into your blacksmith for weapon and armour crafting. 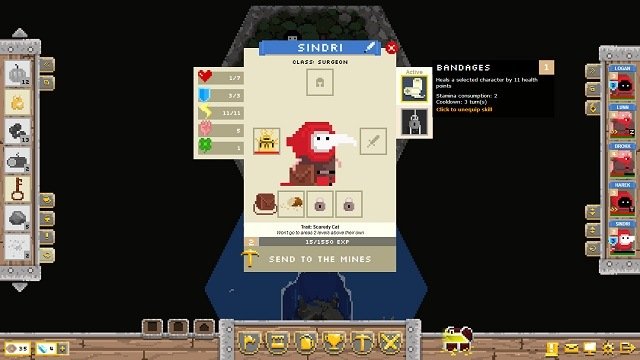 Despite the basic design that Dark Gnome employs the surprising amount of depth does help to counteract the basic UI and mobile like freemium design.

Games Finder is a Steam Curator and featured in the aggregate review scores data of MobyGames and Neoseeker.
FEATURED ON
Games Like Adventure Quest, Games Like DragonFable, Games Like Dwarf Fortress, Games Like Heroes Charge, Games Like Summoners War
LEAVE A REPLY Cancel Reply