For the third time players can experience video game difficulty at its finest with the 2015 addition to the Dark Souls franchise hitting all the right marks for long term fans while also converting plenty of newcomers to the harsh difficulty of the series. 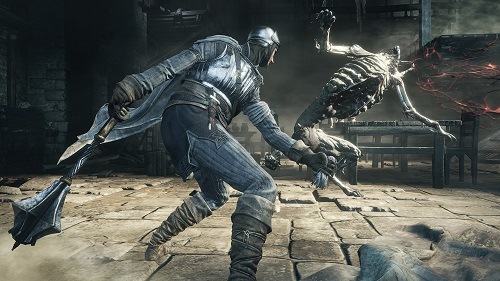 Exploring the Kingdom of Lothric the Age of Fire is reaching its end and in turn bringing with it the Age of Dark which awakens the undead and cursed. This process though need not occur if the appropriate ritual can be completed which is where your Dark Souls journey begins by returning the Lords of Cinder to their thrones for the ritual to be completed.

Gameplay has seen little change from the exceedingly popular Dark Souls 2 but is definitely not without some refinement. With the usual array of bows, projectiles, swords and shields. Players will use a mixture of standard and heavy attacks to deal maximum damage to the array of enemies while staying out of harms way with the all important dodge roll.

New features this time around include the return of Demon’s Souls style focus points for all your magical casting needs, two flasks that players can choose from to either restore their health or magical focus points and a general increase in the speed of attacks and movements for more fluid and slightly faster tempo of gameplay. 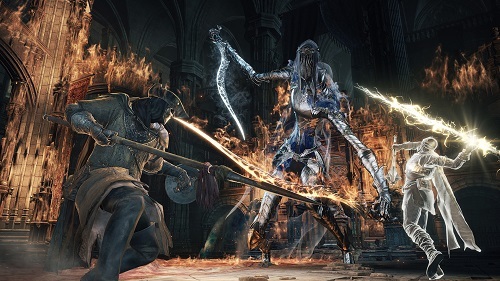 Possibly the most strategic change in combat though is the introduction of skills which are now attached to every weapon (and vary with the weapon type) which sees more tactical options than past instalments.

Ultimately all of these combat enhancements are wrapped within larger maps more ideal for exploration and the usual core mechanics and multiplayer features that the Dark Souls franchise is known for.

Games Finder is a Steam Curator and featured in the aggregate review scores data of MobyGames and Neoseeker.
FEATURED ON
Games Like Bloodborne, Games Like Dragon's Dogma, Games Like Shadow of the Colossus
LEAVE A REPLY Cancel Reply