Dark Souls II is the next brutal instalment in the popular and dark action role playing series. Building on the foundations from the original Demon’s Souls and Dark Souls that came before it players can be sure that a challenging adventure awaits. 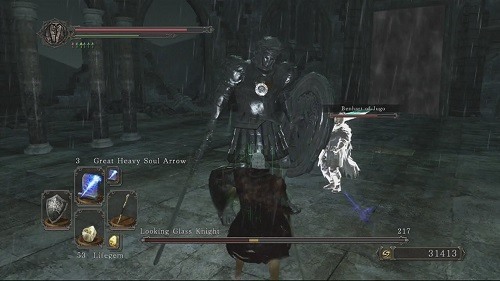 While the world for this new adventure is the same one that was featured in the original Dark Souls players will find that there is no story link between the two. This allows new and old players alike to get a taste for this dark adventure without any previous knowledge.

In terms of plot players will step into the shoes of a lone traveller as they attempt to find a cure for the curse that plagues them. In order to temporarily prevent the curse players are encouraged to gather souls which will allow them to hold onto their humanity for just a little bit longer while uncovering a darker and more sinister plot to the curse that has hold of you.

Gameplay follows a very similar formula to what the original game offered players with the option to customise your character, choose a class and explore the world while improving your equipment to be able to go toe to toe with more powerful foes. With an open world that is even larger than your first Dark Souls adventure players will always find a new environment and boss around every corner.

Players will even find some quality of life improvements across the board in the general gameplay mechanics to make the game have a better flow and rebalance some of the difficulty into other areas ensuring you’ve got a challenging experience that just like the original never feels unfair. 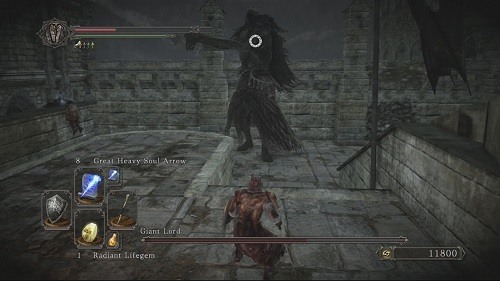 Multiplayer is also still a core ingredient in the franchise and has been expanded on significantly to involve more player interaction and on a larger scale.

Be it your first or second time with a Dark Souls title you’re guaranteed to be in for a treat of a gaming experience with Dark Souls II.

Games Finder is a Steam Curator and featured in the aggregate review scores data of MobyGames and Neoseeker.
FEATURED ON
Games Like Bloodborne, Games Like Dragon's Dogma, Games Like Shadow of the Colossus
LEAVE A REPLY Cancel Reply