If you want a game with a nearly unforgiving difficultly level Dark Souls is your solution. The game is an action role playing game that offers a large open world environment. Dark Souls was originally released on Xbox 360 and PlayStation but eventually made its way to PC under the name Dark Souls: Prepare to Die. 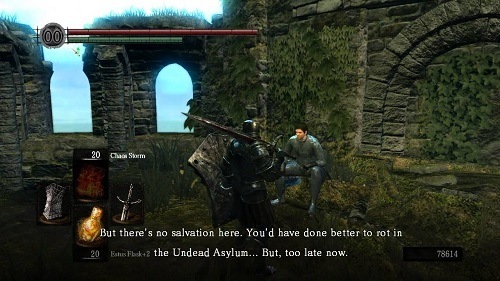 Dark Souls focuses around dungeon crawling mostly with the overworld being a huge open experience with only a few restrictions (some areas require certain quests to be completed first). While following the main quest players will encounter a wide variety of enemies, a number of bosses, a large selection of equipment and plenty of side quests to beef up the game content.

Death penalties and checkpoints form the basis for the game’s difficulty with death being much harsher than other games. Players will find various bonfires scattered around the game world which serve as game checkpoints while also allowing the player to recover their health, using these bonfires comes with a cost though as they also result in all normal enemies respawning in the game world.

Upon death players will respawn as a dead version of themselves at the last bonfire and have one chance to recover their body to regain the game currencies (humanity and souls) from their point of death. If you fail the amount of currencies that you had collected are lost forever.

Souls are the common currency that enemies drop while humanity is much rarer and has some unique benefits including higher item drop rates, boosting resistances and even potentially improving weapon damage. 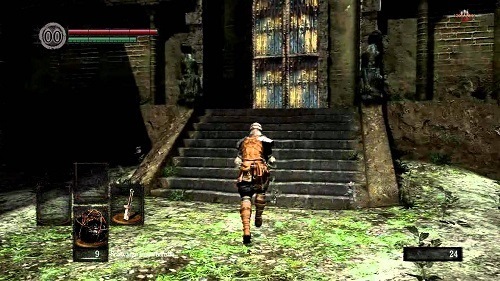 Dark Souls integrates online play almost seamlessly into its gameplay with players able to jump in and out of other games to play in a co-operative environment or to fight player vs player battles.

Dark Souls is simply all around impressive and well-polished, the fact that the developers weren’t scared about ramping up the difficultly is also one of its biggest attractions.

This review was first published on November 24, 2013. Read our update policy to learn more.

Games Finder is a Steam Curator and featured in the aggregate review scores data of MobyGames and Neoseeker.
FEATURED ON
Games Like Bloodborne, Games Like Darksiders, Games Like Dragon's Dogma, Games Like Shadow of the Colossus
LEAVE A REPLY Cancel Reply