Darksiders II offers a high quality hack and slash style RPG that is available on all the major platforms. The game is often praised for its balanced difficulty, role playing features and well-polished gameplay. 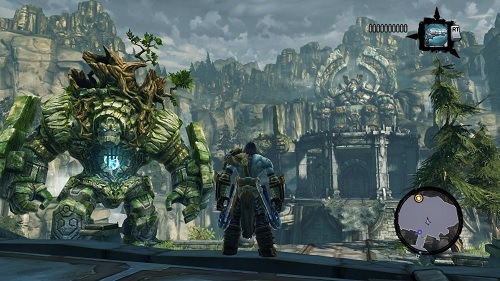 In this second instalment of Darksiders players once again play as one of the Four Horsemen, this time as Death. The game actually runs during the same time frame as the original game which means you’ll take part in twists and turns from the original game. The story revolves around the efforts of Death to save his brother (War) from his alleged crimes by erasing them. This takes Death on a vast journey in a fantasy inspired game world that heavily incorporates mythology.

These game areas are extremely large allowing players to freely roam some truly epic landscapes on foot or on their horse. These areas often serve as the overworld with players entering dungeons to complete most quest objectives which include puzzles, item hunts and bosses.

Death doesn’t have to traverse the world alone though thanks to his trusty horse Despair and his raven Dust which guides him towards objectives. Your default weapon during your Darksiders II adventure is Death’s two scythes which he is capable of dual wielding into battle.

Of course players can also access a wide variety of secondary weapons that suit their preferred playstyle. These secondary weapons and other game mechanics slowly unlock over the game giving you plenty of time to adapt and experiment. 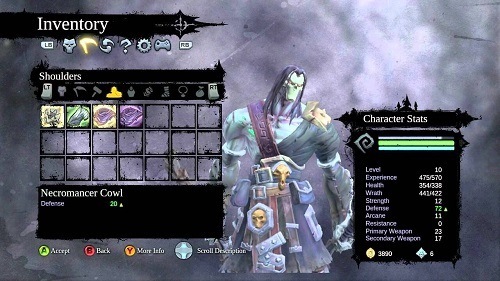 Darksiders II also has other extensive role playing features including three different resources for players to manage in battle, eight stats to increase, seven slots for equipment and a skill tree with great skill variety.

Fans of the first Darksiders definitely won’t want to miss this sequel and if you haven’t played the original yet then you’re missing out on a great series.

This review was first published on September 3, 2014. Read our update policy to learn more.

Games Finder is a Steam Curator and featured in the aggregate review scores data of MobyGames and Neoseeker.
FEATURED ON
Games Like Bloodborne, Games Like God of War, Games Like Prince of Persia, Games Like Zelda
LEAVE A REPLY Cancel Reply