Darksiders is an action adventure game that follows the adventures of War (a horseman of the Apocalypse). The game launched in 2010 for Windows, Xbox 360 and PlayStation with a sequel two years later. 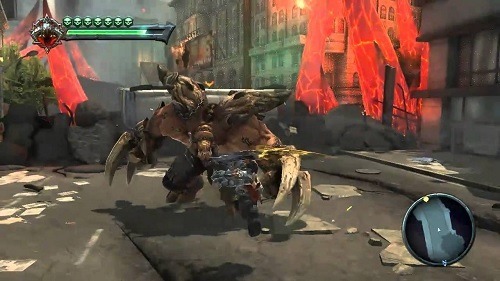 The game draws inspiration from the apocalypse and centres on the war that rages between Hell and Heaven. This struggle since the beginning of time has seen neither side gaining any ground on the other creating an endless and pointless fight for power. The game is set in a world where the apocalypse (also known as end of days) has prematurely begun and the player (War) is accused of being behind it. In order to clear your name and save the population of man on Earth (at least until the official apocalypse) you’ll have to travel the world in search of the real culprit.

The game is an action experience at heart but also incorporates hack and slash gameplay. During your Darksiders experience players will control war and explore  the vast game world while battling a variety of enemies and solving puzzles in a third person perspective. Similar to the Zelda series players encounter a number of locations early on that cannot be accessed till later in the game when the player has regained an ability or weapon.

Your main weapon in dispatching does is your large two-handed sword but other weapons become available from time to time for the player to wield. This weapon is your staple option for combo attacks and using counters against both angels and demons alike. 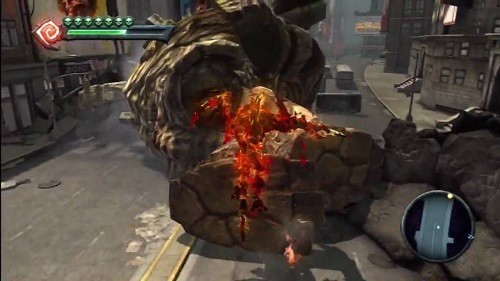 Later on in the game War gains access to more ranged options including a revolver and returning blade. Magic abilities are also present in Darksiders with players having a number of powers for offensive and defensive purposes known as Wrath. Darksiders does a great job at pacing the games unlock system so that you are always gaining something new to use.

The setting in Darksiders is a nice change from the usual fantasy and lets you play as a non-human being for change. What will really draw you in though is the constant progression that keeps you finding new ways to do things.

Games Finder is a Steam Curator and featured in the aggregate review scores data of MobyGames and Neoseeker.
FEATURED ON
Games Like Bloodborne, Games Like God of War, Games Like Prince of Persia, Games Like Zelda
LEAVE A REPLY Cancel Reply