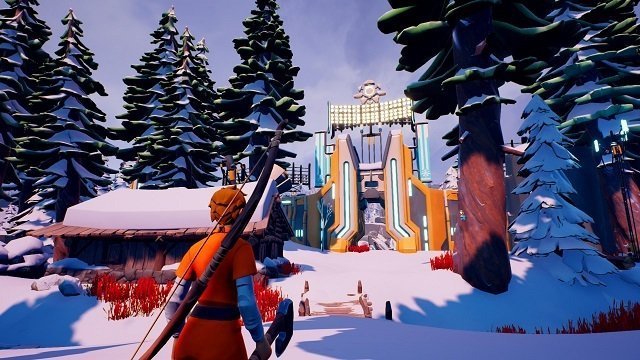 Set in a post apocalyptic and dystopian future where an Ice Age is fast approaching a new project has been created for entertainment where participants are challenged to survive the cold while fighting against opponents. With a 10 person battle in this environment the land area itself is much smaller than similar games which means more regular combat. This is perfectly suited to the player who enjoys consistent skirmishes and with only 10 players it’s much more often that you’ll make a top 3 scenario where the action really intensifies.

The small bursts of gameplay in between the combat adopts a more survival game focus where you complete you other important tasks to from creating arrows, snowballs or traps to ensure you are fully prepared for another encounter that is likely to be over the next hill. Being prepared is is even more important than other battle royale titles considering that there are very few ways for players to be taken out from a distance with a single shot (or even a few shots), ensuring all fights have the opportunity for counter play with only a slight advantage to the initial attacker.

Your core weapons are your trusty bow and a melee range axe which are staples in every single engagement with another player. In addition crafted snowballs and bear traps make regular appearances provided you’ve crafted them beforehand which is where being prepared can give you significantly more combat options. This also builds on the tracking and survival theme of Darwin Project which encourages player to hunt their enemies based on environmental clues and employ traps to maximum effect. All of this has to be managed against the cold winter though to prevent freezing to death in the mean time. 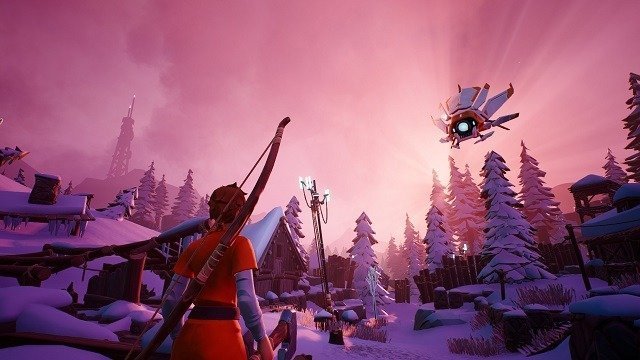 While the arena has 10 players fighting it out for victory there is actually the potential for an 11th player to join the game and take on the role of the Show Director. This role in a similar vein to the Hunger Games franchise has the ability to help and hinder other players as they see fit, even communicating with them directly. This is further supported with live spectating tools where an audience can contribute to the Show Director experience.

While the Show Director can make things difficult if you aren’t their favourite character on the ground the current power level of their abilities is limited enough that it doesn’t make a fight completely unwinnable. It’s also a bit of niche role so far in the community so you won’t necessarily be at the mercy of a Show Director every single match. 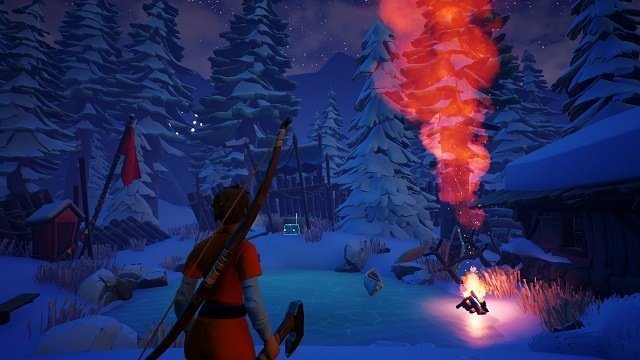 At present Darwin Project is still in early stages of development and establishing itself against the massively expanding backdrop of other battle royale titles. Only time will truly tell what direction the game takes and how the community develops but it has all the features and elements to see it through to a successful and long lasting game.

Games Finder is a Steam Curator and featured in the aggregate review scores data of MobyGames and Neoseeker.
FEATURED ON
Games Like Fortnite, Games Like PUBG (PlayerUnknown's Battlegrounds)
LEAVE A REPLY Cancel Reply