Explore a fantasy world known as the Shattered Isles filled with dark monster Behemoths for free with Dauntless. Available for major consoles and Windows the game takes inspiration from the Monster Hunter franchise and turns it into a co-operative MMO light experience while also slapping a free to play price tag on top. 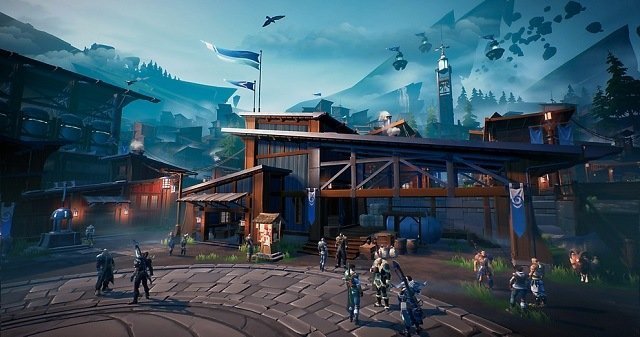 Playing as a Slayer you’ll adventure through the torn apart game world which lies scattered after a cataclysmic event. Said event also saw the rise of Behemoth creatures that now threaten the very existence of the surviving human population which now resides in Ramsgate. Fighting back against these Behemoths the Slayers hack, slash, stab, smack and loot their way to tackle the tougher and more powerful Behemoths in a continuous gameplay loop. Outside of this initial setup Dauntless only lightly touches story elements through the campaign instead opting for an action focused adventure.

This combat takes place in a third person perspective and relies heavily on combo based attacks and interlacing dodging from the telegraphed attacks of individual creatures. As such managing your stamina and health through potions is key along with the careful use of your special attacks which charge overtime.

Hunts are designed to take between 5 and 20 minutes to complete and sometimes involve different Behemoth stages that require different tactics as a result of the different attacks in place. In addition to the visual indicators of incoming attacks the Behemoth will slowly lose body parts and appear visually injured the more damage that you deal. Each Behemoth is also aligned to an element where equipment can help provide additional protection or damage. While Dauntless can be played solo matchmaking is available for up to 4 players to play co-cooperatively and is generally advised as its the intended game design and difficulty balance. 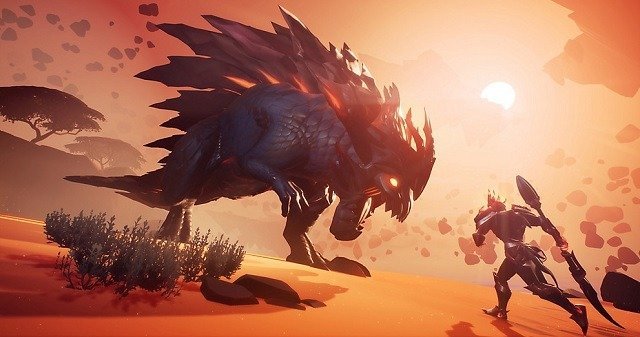 Before you step into the Dauntless universe you’ll customise your personal character through either the randomise option or by working your way through all of the available selections. For a free to play title Dauntless has enough coverage of options that you’ll generally be unique from others if you invest the time which is further enhanced through in game cosmetic items and weapon loadouts. Choices include heads, hair, body types and individual facial features that are operated on a slider along with a vast array of colour styling.

The heart of a Slayer’s power is not in their looks though and lies within their equipment which is upgraded and crafted from your hunts. It all starts with your armour sets which contains a helmet, chest piece, gloves pants and boots (all of which can be dyed in various colours). With each armour set comes different resistance ratings, elemental resistance, perks and cell slots.

Perks provide small in game benefits across a range of stats with the likes of increased damage when low on stamina, increased lantern charge, reduced dodge stamina cost, critical strike chance and countless others. Perks are locked to particular armour sets although their potency can vary. Cell slots on the other hand provide a customisable layer of perks allowing players to pick which perks they want to add. 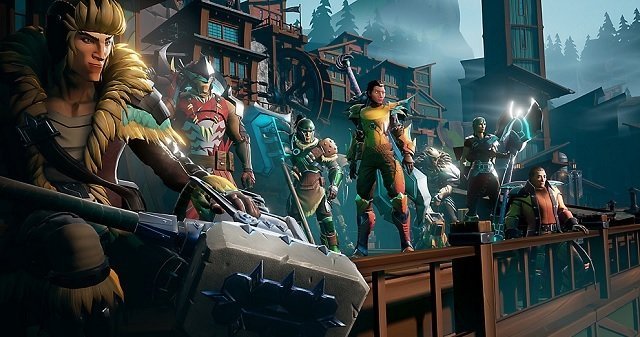 Pairing with your armour is weapon choice which includes swords, hammers, chain blades, axes, war pikes and ostian repeaters which grow stronger with use through the master system. Each weapon class has it’s own associated playstyle, strengths and special attack while also leveraging the perk and cell system of armour. The majority of weapons though take this a step further by providing a unique effect which usually revolves around a damage or special boost under specific circumstances. Dauntless also offers other combat assisting items such as tonics, pylons, grenades and your lantern to mix and match.

Other features of Dauntless worth noting include leaderboards for Behemoth completion times and cross play which further encourages a competitive environment. With a continuous expansion of content through free updates and seasonal events also on offer Dauntless will hold your attention for some time as you perfect your weapons and armour to claim bragging rights.

This review was first published on August 4, 2019. Read our update policy to learn more.

Games Finder is a Steam Curator and featured in the aggregate review scores data of MobyGames and Neoseeker.
FEATURED ON
Games Like Blade and Soul, Games Like Monster Hunter, Games Like TERA
LEAVE A REPLY Cancel Reply