Dawn of Discovery (Anno 1404 outside of North America) offers city building with an economic focus that is similar to the other titles in the vast Anno franchise. For this addition to the series players will explore an age of medieval and renaissance as you build up a thriving civilisation. Originally launched in 2009 a 2010 Anno 1404: Venice expansion pack expanded content, buildings, quests and introduced multiplayer functionality. 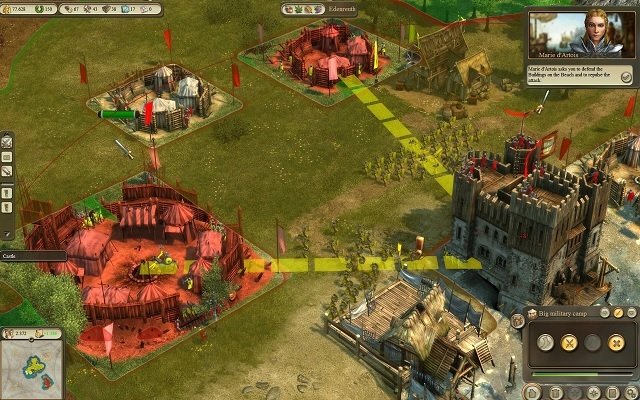 The Dawn of Discovery campaign centres around both the west and east with players administrating territories in the Occident and Orient. This sees players involved with Lord Richard of Northburgh seeking to build a vast Cathedral in honour of the Emperor and his failing health and Guy Forcas preparing for a crusade against the Saracens. While the first handful of campaign chapters serve as tutorials that introduce you to buildings and economy management you’ll quickly be thrown into full blown control.

In time players will discover a broader plot that has you visiting a range of Occident and Orient locations while encountering fictional and non-fictional characters and turning them into allies for the final game chapters. With 8 of these story chapters in total players can achieve victory in either easy, medium or hard difficulty before progressing to stand alone challenging scenarios or general free play. 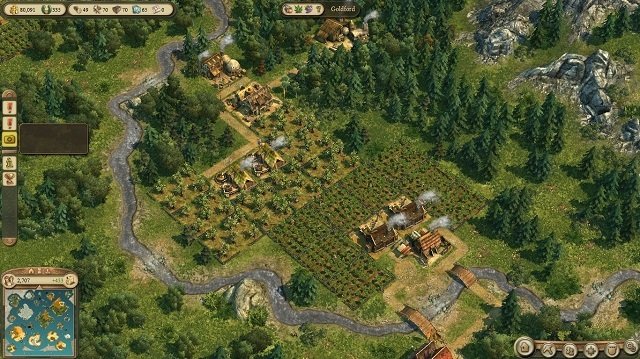 The core gameplay in Dawn of Discovery varies little compared to the previous games in the series with players taking control of their own country and building an economic powerhouse. You are in charge of exploring islands, setting up settlements, controlling diplomatic relationships and engaging in combat if the need arises although like other Anno games this is far from the focus of Anno 1404.

Instead your focus will be on trade with other countries in the area given that rare resources like spice and quartz are required for expanding your population. Trade is also a primary method of acquiring gold to construct the various buildings and works alongside your growing population that generates gold tax income as well. 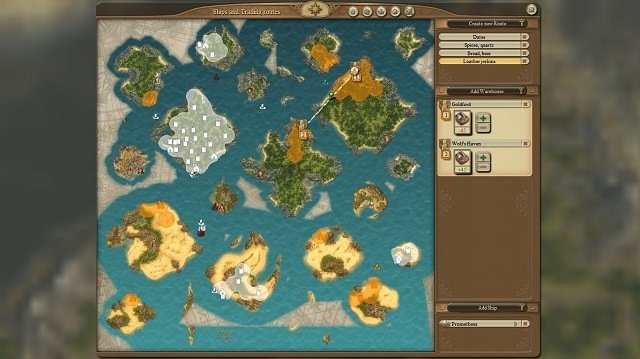 Despite being the fourth core game in the Anno franchise there are still some new features for players to explore with this addition. This includes a new high of six levels of housing progression available to both your oriental and occidental settlements with peasants, citizens, patricians and nobleman in the West with nomads and envoys in the East. This also goes hand in hand with a related change that requires players to maintain a ratio of their civilisation in each of these tiers to create a more realistic and time era appropriate setting. Trading goods have similarly been expanded to enhance this time era with players now able to obtain spices, meats, robes, milk, pearl necklaces and many other goods appropriate for the 1404 period.

Players in Anno 1404 are also encouraged to explore all of these options more than ever with a greater focus on quests than the past three Anno titles that revolve around trade and resources.

This review was first published on February 22, 2014. Read our update policy to learn more.

Games Finder is a Steam Curator and featured in the aggregate review scores data of MobyGames and Neoseeker.
FEATURED ON
Games Like Age of Empires, Games Like Banished, Games Like SimCity, Games Like The Settlers, Games Like Tropico
LEAVE A REPLY Cancel Reply