Offering some of  the most stunning graphics to have graced the mobile genre on release Dawn of Titans is a competitive game of action and strategy that lets you lead your own massive titan and thousands of military units into insane battles against other players or AI enemies. Available for iOS and Android devices Dawn of Titans has been online since 2015 and continues to revise its content regularly which has allowed for a thriving online game community of from millions of app downloads. 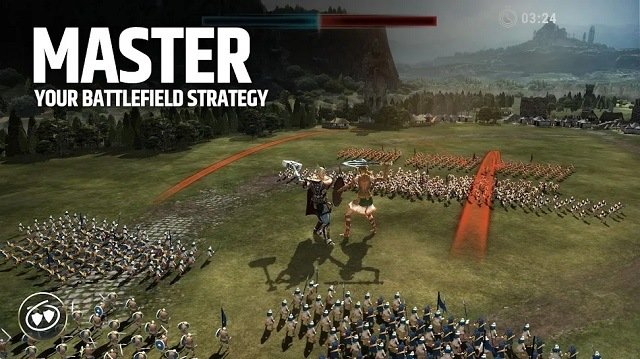 Your home for this PvE and PvP adventure in Dawn of Titans is a vast city in the sky which features the usual building mechanics of the strategy MMO mobile genre. You’ll build an array of buildings here to allow you to recruit units, use spells, providing you with resources and perform other game functions such as the Armory, Barracks, Garrison, Spell Forge, Farm, Gold Mine, Granary, Relic Temple, Hall of Titans and many others. While there is nothing particularly unique in this component of Dawn of Titans the graphics are all beautifully presented and far ahead of most games you’ve likely encountered before on your mobile device.

Basic foundations aside the real reason you’ll likely be playing Dawn of Titans is the large scale 3D battles that the game world throws at you. These battles span several campaigns with story driven PvE for various rewards along with PvP battles for you to assert your dominance in the multiplayer arena leagues. 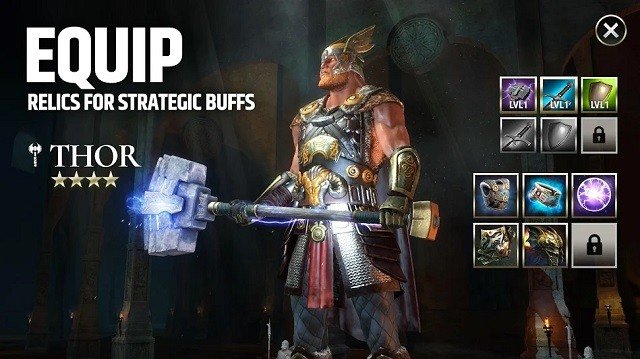 Battles are the heart of both of these modes and take place on a variety of maps with different environmental elements to consider that can give you a tactical advantage. This includes walls funnelling enemies or requiring them to walk around while your archers batter them with arrows from above. Your leading unit though for your kingdom will be your titan, a powerful creature who takes to the battlefield. Each titan comes with their own lore, skills, playstyle and rarity while also growing in strength overtime through mechanics such as Titan fusion and relics that turn them into powerful allies. Broadly they fall into three classes of heavy, ranged and fast and belong to one of the five unique races in the game which impacts their damage type at higher rarity tiers.

Titans can’t fight alone on a battlefield though and are supported by several unit types that you build in mass and operate in a rock-paper-scissors strength and weakness system that drives your army strategy and keeps combat balanced. Options include the militia, archers, spearman, grenadiers, pikeman, goliaths and panthers that all have their own role and like your titans they will level up with resource investment. 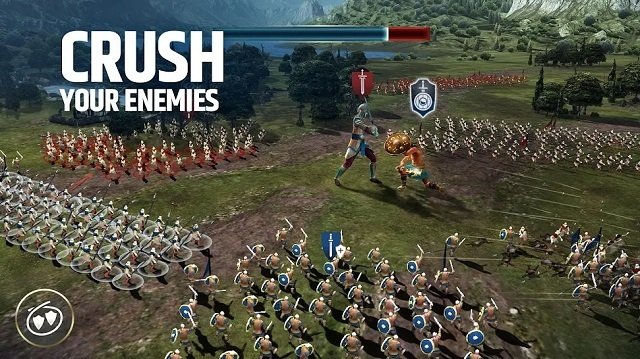 Each PvE or PvP challenge you’ll spawn both your titan and selected units on the current map where control is passed over to the player to decide in real time where your units will move and attack. While this feature does require a greater time investment than other titles that opt to include automatic combat mechanisms the additional depth significantly expands the lifespan of your Dawn of Titans experience and ensures you have some agency in the final battle outcome.

This review was first published on March 21, 2014. Read our update policy to learn more.

Games Finder is a Steam Curator and featured in the aggregate review scores data of MobyGames and Neoseeker.
FEATURED ON
Games Like Boom Beach, Games Like Clash of Clans, Games Like Goodgame Empire
LEAVE A REPLY Cancel Reply