Recruit and lead your favourite heroes into battle on your mobile device with DC Legends: Battle for Justice a game where you’ll fight in PvE and PvP battles with a large range of characters. 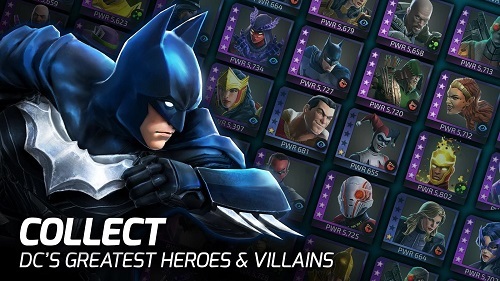 Similar to other hero collecting RPGs DC Legends: Battle for Justice includes a large cast of characters with the likes of Batman, Superman, Wonder Woman alongside evil characters such as The Joker and Lex Luthor. All of these characters can play together in your team as you advance through the PvE game elements and fight on the PvP front. The game has grown greatly since its original release expanding the character pool, enhancing mechanics and balancing other elements.

The core is a turn based tactical game where players use their DC Comic heroes that they recruit and train in turn based combat against AI enemies and other player teams. Each team consists of 4 characters that can belong to one of three archetypes that each have counters in traditional rock-paper-scissors fashion. This makes team composition an important consideration although higher character levels are generally enough to overcome a type disadvantage to some extent. 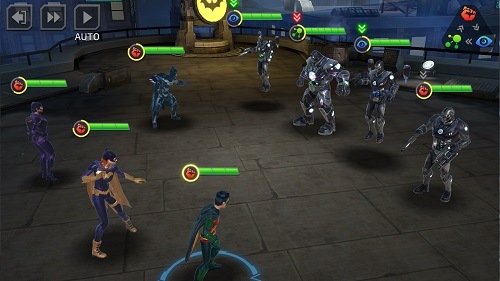 These levels are obtained slowly with gear and fragments to raise them to a higher tier which can also improve your characters visually along with granting them stronger abilities and even new ones to assist in combat. A rotating base of PvE game elements also ensures you are never short of something different to fight against and PvP is always an option as well.

All of this does fit into the greater story framework of the game with DC Legends focusing on an ancient race called the Manhunters requiring that good and evil from the DC Comics universe but aside their differences to fight together for the survival of the universe.

Games Finder is a Steam Curator and featured in the aggregate review scores data of MobyGames and Neoseeker.
FEATURED ON
Games Like Heroes Charge, Games Like Idle Heroes, Games Like Summoners War
LEAVE A REPLY Cancel Reply