Dead Island: Riptide is the second game in the Dead Island series and continues on with familiar lore  and mechanics from your previous adventure but takes place on a whole new island which keeps it accessible to newcomers to the franchise. Launching in 2013 for PC, PS3 and Xbox 360 its an overall similar experience released only two years after the success of the original zombie beat down title.

The events in Dead Island: Riptide occur right after those of the first Dead Island game although they are disconnected enough that you don’t have to play the first one if this is your first experience with the franchise which is an important choice from the developer to keep the adventure as open as possible. That being said players of the original will be well established from a gameplay mechanic perspective given many of these return which you would have already mastered. 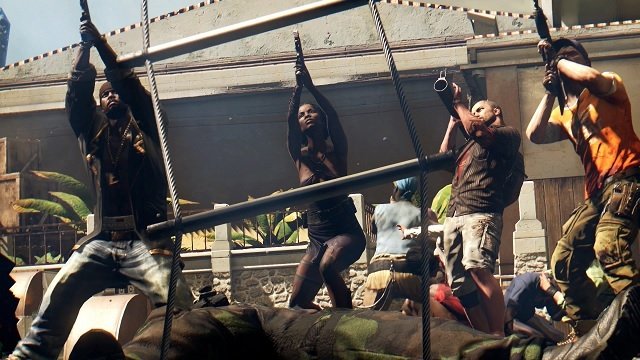 Just like the original Dead Island players can also expect a feature rich open game world filled with zombies with players contributing to key events in the storyline throughout your progression. These story arcs alongside other progression mechanics (detailed below) slowly seep into the gameplay so players are not overrun from the start and gives you a sense of a progression of character and ability from start to finish.

Before diving into this world of zombies players will have to select their character that they wish to roleplay as with a blend of familiar and new characters to the line up of options. As one would expect these characters come with their own visual appearance, voices, specialities and skill options which can impact on how you play the game. In total you’ll have 5 characters of Sam B, Xian Mei, Logan Carter, Purna Jackson and John Morgan with the majority of them having a melee focused fighting style which ties into the weapon availability of the game. 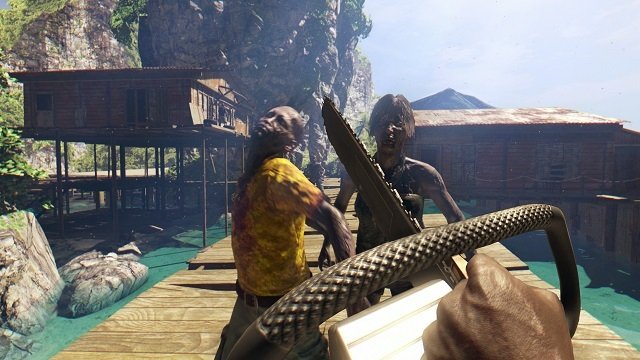 Sam B for example is a blunt weapon specialist and also a capable tank that makes him the ideal solo character who doesn’t intend to enjoy this adventure in co-op fashion. Joining him with a melee orientated skill tress is Xian and John who utilise bladed weapons and brass knuckles respectively although neither are quite as durable and use other supporting skills for enhanced survivability.

For ranged options players can either utilise the throwing weapons of Logan or the firearms specialist Purna who offer equally viable playstyles for the solo or group player. This is an enjoyable step away from the original with ranged weapons being available earlier than the original which was a significant negative for players that didn’t want a melee playstyle in the first Dead Island. 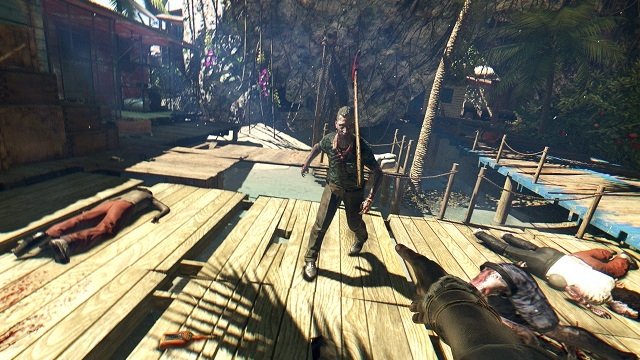 One thing remains consistent between Dead Island and Dead Island: Riptide though and that is the co-operative multiplayer is really where the game shines as you tackle the missions and scenarios that are often designed with a team in mind. The side effect of this is that the experience is almost completely different as a co-op title compared to a solo adventure where you’ll feel frustrated in your own advancement if you don’t pick the right solo orientated character or build.

This review was first published on August 20, 2014. Read our update policy to learn more.