Dead Rising combines horror and open world environments to create a fun and unique survival experience for players. The game was released in 2006 and is only available on the Xbox 360 platform. 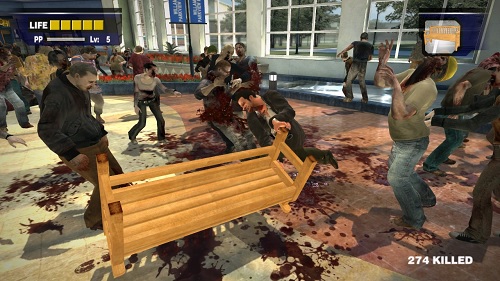 In Dead Rising players take on the role of Frank West in a shopping mall that is simply packed full of zombies. In the game you’ll have to fight to stay alive as you attempt to unlock the secrets behind this strange incident. During your adventure you’ll complete a large number of main story missions along with heaps of optional side quests all while unlocking new abilities to help you fight off the horde.

The main story revolves around your journey as a photojournalist and gaining evidence about the zombie outbreak and why the government has sealed off the area without informing the wider population. Actions that you take in the game directly change the ending which makes for some great replay value.

Players will find a huge selection of shops in the fictional shopping mall which provide sources of weapons, food and clothing to the player. All in all players can expect to use hundreds of different weapons to kill zombies. Some of these are more effective than others with some weapons being included for more humorous than practical purposes (such as dropping cones on zombie heads). Weapons can also be combined together to create deadly combos or enhance with the environment (such as heating a frying pan for extra damage). 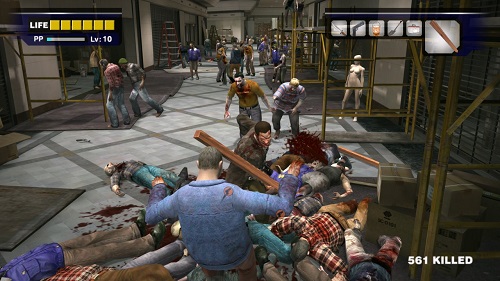 As players adventure through the game they can gain experience (Prestige Points) in a number of different ways to enhance Frank’s abilities, health and power. This includes killing zombies in mass, rescuing survivors also trapped in the mall or using Frank’s camera to capture gameplay moments with points being awarded based on several criteria.

There isn’t a better way to prepare for the next zombie apocalypse then by playing Dead Rising and it just so happens that the game is crazily entertaining as well.

This review was first published on April 28, 2014. Read our update policy to learn more.