Want to fight off the Necromorphs once more? Dead Space 2 lets you return to the shoes of Isaac Clarke and once again dismember your enemies in all sorts of ways. Unlike the original Dead Space players can now team up with friends in a multiplayer game mode. 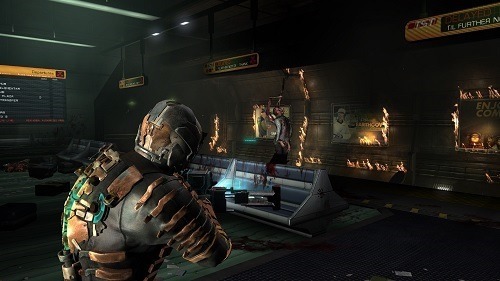 Dead Space 2 takes place several years after the events of the original as a new outbreak of the Necromorphs is taking place on a space station currently in orbit of Saturn’s moon. Players join the fight after they wake up without memory of the past few years, finding out why exactly your memories are missing and how the latest infection has come about forms much of the story this time around.

Gameplay in Dead Space 2 continues the third person and limited HUD style approach as the previous game. Isaac once again makes use of his Resource Integration Gear (RIG) suit that lets him add a stasis and kinesis module in a similar manner to the last game. Upgrades also extend to weapons and armour through the various work benches around the game world that add some light RPG elements to the Dead Space experience.

The same focus on dismemberment also returns with players having to disable Necromorphs by dismembering parts of their body. Depending on the Necromorph some will change their tactics or sprout new limbs depending on how you damage them. 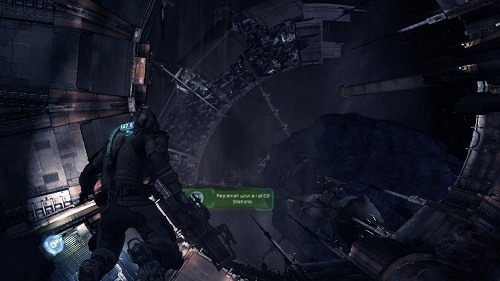 For those that want to extend their Dead Space experience further you can load up a hardcore game (unlocked after your first playthrough). This game mode restricts players to only three saves during the entire campaign, beefs up enemies considerably and makes resources hard to come across.

If that isn’t enough Dead Space 2 now also offers a multiplayer mode where two teams of four players (one playing the humans and the other the Necromorphs) battle it out.