It’s time to put an end to the Necromorph virus in this game in the Dead Space series. Just like the previous games you’ll be assuming the role of Isaac Clarke through a third person perspective as you fight your way through the horrific Neocromorphs. 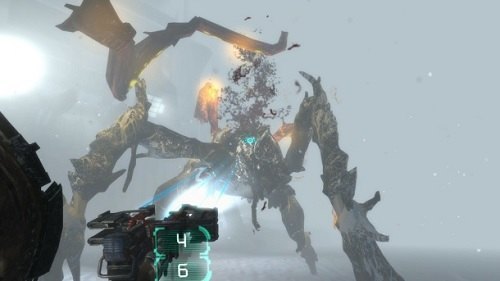 In Dead Space 3 players will try to track down their girlfriend from the past, Ellie Langford. This journey takes place on the icy world of Tau Volantis which is scattered with two hundred year old ruins of the civilisation that once called this planet home.

Gameplay is the same experience as Dead Space 2 for the most part with players dismembering reanimated human corpses known as Necromorphs. Using your RIG suit, a number of holographic displays and a third person perspective you’ll have to fight your way through a number of enemies. Vacuum areas from the previous games also return where you’ll have to carefully manage your oxygen supply otherwise you’ll suffocate to death.

Combat is where most of the game development has taken place with new options that let you dodge and take cover from attacks. This helps the game feel more realistic and is vital to success in Dead Space 3 with all sorts of new enemies running around. This also includes human enemies adding more variety to the combat compared to previous games. 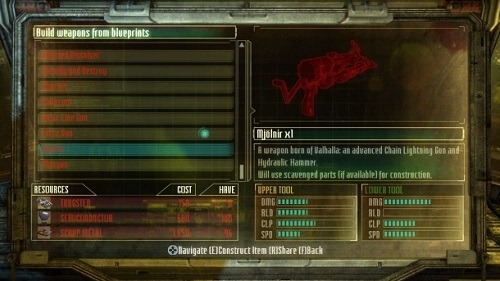 The emphasis on scavenging the world for resources has also been enhanced and redesigned to tie in with the work bench. Players will have to find all the materials they can and then convert them into new weapons, health packs or save it for ammunition instead which means you’ll always have tough decisions on how to use your scarce resources.

For the first time in the series Dead Space 3 offers a co-operative game mode that lets players tackle several levels together. This allows you to team up with a friend as Isaac and Sergeant John Carver to battle the Necromorphs (and each other’s mental state) together.

This review was first published on September 30, 2013. Read our update policy to learn more.