Dead Space is about as scary as it gets in the survival horror genre with a dark third person shooter experience available on Xbox 360, PlayStation 3 and Windows. 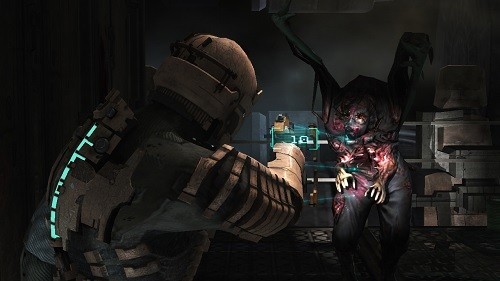 In Dead Space players will be jumping into the role of Isaac Clarke, an engineer onboard a mining starship. The game takes place far into the future (2414) as you explore the USG Ishimura after a distress signal had you coming to their rescue.

The problem is that there is nobody left to rescue on the ship and after a failed docking attempt you find yourself stuck with a handful of other survivors until you receive your own rescue. The story of how the ship came to be void of life is slowly revealed through various logs as you explore the ship and fix its vital systems to keep you and your fellow survivors alive.

While void of human life the ship isn’t completely empty as the bodies of the crew have been turned into Necromorphs. These Necromorphs are reanimated and mutated corpses that attack living humans in order to spread the infection.

The most notable gameplay feature of Dead Space that separates it from other games is the ability to dismember your enemies. This plays a very important role in combat with players having to carefully shoot and destroy parts of the Necromorphs they encounter to disable and eventually kill them. 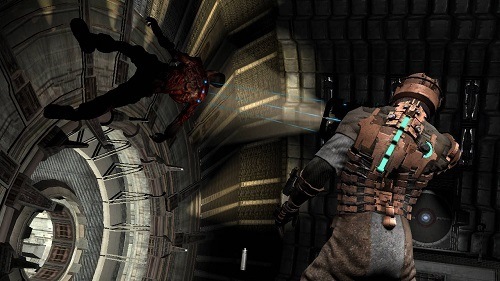 As Isaac is not a soldier many of the weapons you’ll use are mostly engineer and mining tools such as your hydrazine torch that acts like a flame-thrower and your plasma cutter that is perfect for dismembering limbs. Isaac also has the power to slow down objects or enemies or throw items with his kinesis so there are plenty of combat options.

Scavenging is another vital element to your survival in Dead Space with players having to carefully scavenge for items around the game world, adding to the already dark survival atmosphere.

This review was first published on May 30, 2013. Read our update policy to learn more.