Dead State combines the growing demand for zombie themed video games with classic turn based RPGs to deliver a lengthy zombie themed adventure. Set soon after the zombie apocalypse begins you’ll command your group of survivors in the fictional Texas town as you scavenge and explore while maintaining control over your home base, an abandoned school. 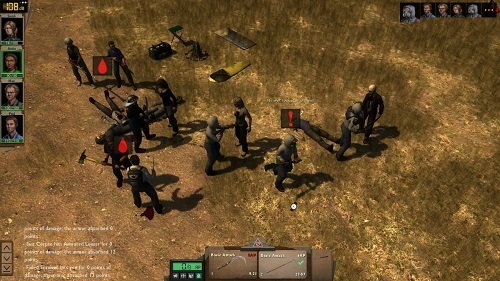 Given the large range of mechanics that Dead State employs it’s very easy for players to have entirely different experiences. This is mostly due to the lack of the direction in the game that lets you choose your next move rather than being guided by a predetermined path.

Is it time to reinforce your shelter and improve the facilities? Scout for food and other resources before everyone starves to death? Time to recruit new survivors or clear an area of zombie hordes? Your actions are completely your own in the world of Dead State.

This non-linear adventure is supported by tens of thousands of dialogue with multiple decision trees, hundreds of locations and the countless amounts of equipment and crafting. It’s a game that definitely thrives on getting involves in the complex character interactions and makes up for some of the weaker portions of the game. 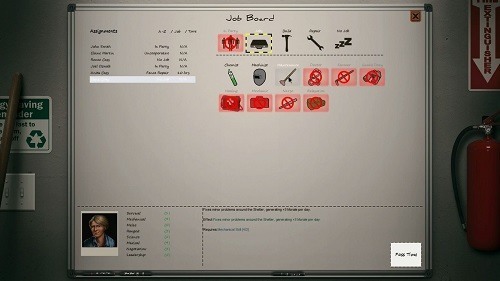 Most of this weakness is in the UI and overall combat which does little to develop the mechanics beyond the basics. If you treat the combat as just one of the many mechanics rather than the sole focus though this won’t be much of an issue. One weakness you won’t be able to look past though is the glitches that surface in the later portions of the game in a number of the quests that appear but are either poorly designed or bugged and cannot be completed.

Dead State has some great elements to the experience but also some poor ones. If you’re willing to turn a blind eye to some of these issues though the large amount of content and zombie theme is still enjoyable.

Games Finder is a Steam Curator and featured in the aggregate review scores data of MobyGames and Neoseeker.
FEATURED ON
Games Like This War of Mine, Games Like Wasteland 2, Games Like XCOM
LEAVE A REPLY Cancel Reply