Dear Esther is a game of nothing, you won’t find guns, puzzles or much else in the game but that doesn’t mean it isn’t enjoyable. Your role in this adventure is simply to control the main protagonist as you take in the environment and story elements that are fed to you in small pieces. 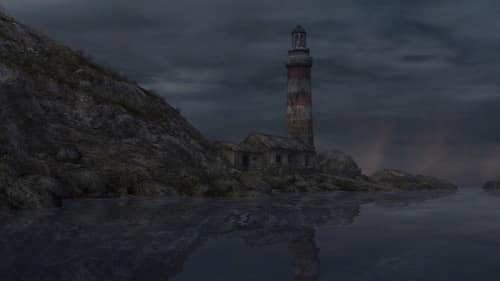 Dear Esther spawned from a popular game mod with its first iteration released in 2008. An enhanced version (the one covered here) was released 2 years later which offers some improved elements and a price tag to match.

On the island players will enter derelict houses, caves, a shipwreck and a hilly terrain. When reaching each new monument or location players will unlock a fragment of information about the island which reveals it’s history in drip feed fashion.

This slow release of information keeps players pondering about where the story is going and with hidden symbols blending in with mysterious figures it does pull you into your island adventure.

As mentioned gameplay is very minimal with your only objective to explore the uninhabited island you find yourself on. This is mostly linear with players that move off the beaten path not getting additional information than those that do and as such you’ll only do it if you want to take in more of the beauty of the island (or find yourself lost). 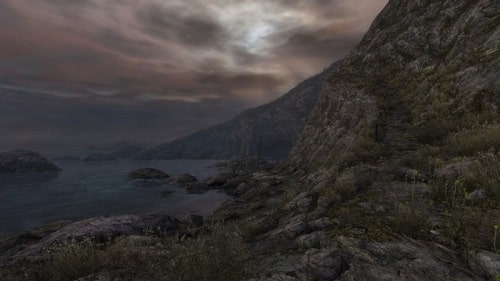 Herein lies the issue that some will have with Dear Esther in that it is a highly visual orientated experience. You won’t be making decisions, or even interacting with anything within the world, you’ll simply be there as an observer to the environment and story.

Dear Esther achieves exactly what it aims to, although it’s definitely a case of your mileage will vary.

Games Finder is a Steam Curator and featured in the aggregate review scores data of MobyGames and Neoseeker.
FEATURED ON
Games Like Firewatch, Games Like Gone Home, Games Like Journey
LEAVE A REPLY Cancel Reply