DeathSpank explores the light-hearted side of the dark action role playing genre with a title full of humour that pairs itself with familiar ARPG combat and progression. Within this comedy themed adventure you’ll have the opportunity to dive deep into the storyline, fight bosses and progress your character from humble fighter to deadly slayer across PC and console platforms. 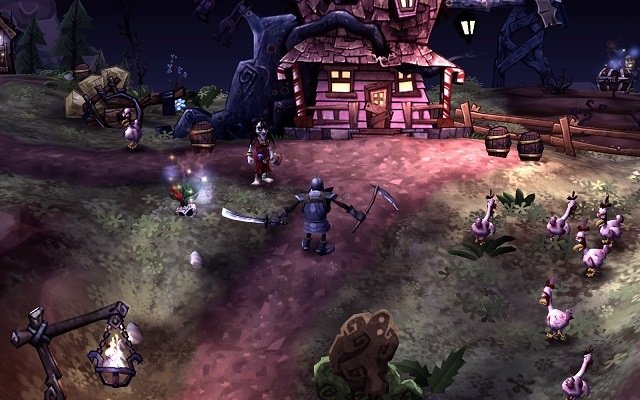 DeathSpank is set in a fantasy world during medieval times with weapons and magic reminiscent of that time period although also has a futuristic twist to its design. In the game you’ll play as the hero known as DeathSpank as he quests to find a special item known only as ‘The Artifact’ which was stolen from him by the evil Lord Von Prong. Leaving DeathSpank with none of his powerful equipment he must help the town folk and other villagers by completing side quests in order to become powerful enough to face Lord Von Prong and claim what was once briefly his.

With this long journey of quests to build up your power quest giving NPCs are vital to your adventure and often paired with humorous challenges or conversations that form the basis of your game time while also storytelling about the world. With main and side quests combined you’ll find nearly a hundred varied challenges that require you to visit locations, fight creatures, obtain items or talk to other NPCs. 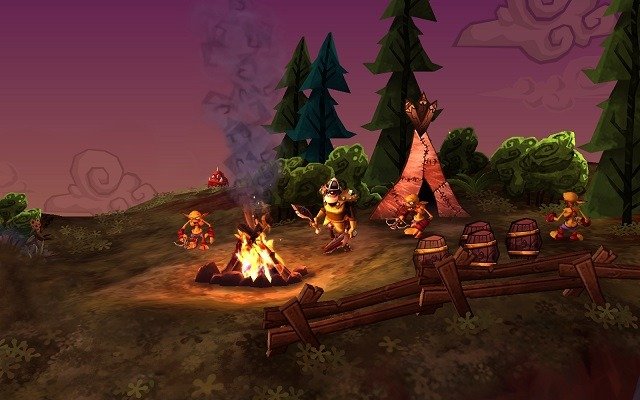 Like other video games in this genre combat is a recurring theme of DeathSpank with players wielding various melee or ranged weapons to attack foes and can be upgraded should they become a favourite. Primarily basic attacks and blocks players can fill their justice metre with kills to launch a specific special move before continuing onto the next monster pack while staying above full health. All the while players will be gathering experience to level up for skill improvements and money that can be spent in various ways for character growth.

One core element of this growth is the hero card mechanic that in addition to general boosts to your health, damage and block with a level up allow you to somewhat customise your progression. The Sandys Sprint card for example makes players more mobile with additional movement speed while Zestys Ranged Strike boosts ranged damage and could be combined to create a ranger themed playstyle. 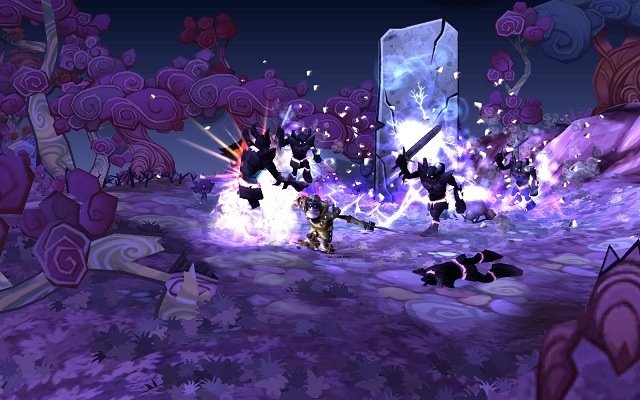 Further DeathSpank customisation comes through equipment that is acquired from enemy creatures directly or purchased with dropped gold that once again provides minor stat boosts that add up over time as you progress. DeathSpank also includes a simple co-operative game mode where one player will be able to control you magical companion known as Sparkles the Wizard that provides various spell support and allow both players to follow along the humour filled quest driven storyline.

This review was first published on April 10, 2014. Read our update policy to learn more.