Lead your heroes and creatures to victory in the deck based mobile title, Deck Heroes for Android and iOS. Featuring hundreds of collectible cards from one of the four game factions ensures plenty of deck variety and thus strategy within the palm of your hand. While including raids and competitions for players to challenge others in the PvP arena Deck Heroes is based on a foundation of single player quick play sessions. 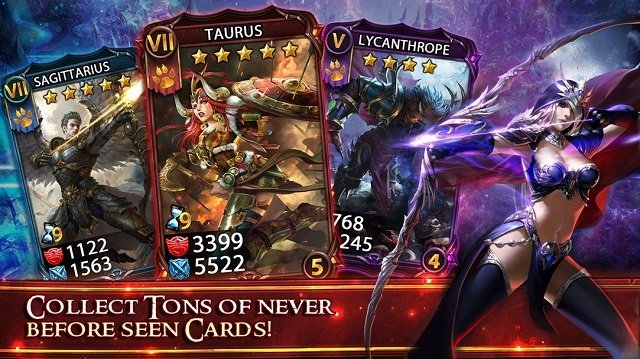 With this fast gameplay and single player focus the majority of your battles in Deck Heroes last only a few fun minutes although this is perfectly suited to the mobile environment. This single player campaign features a large number of varied levels which each offering 3 difficultly levels and require different deck strategies to conquer while providing that curve of progression and challenge.

Central to your deck is your hero who is the most powerful in your line up and provides a number of abilities to the team and is most effective when you build your deck around them. Just like your individual cards (known as creatures) they’ll level up throughout your card journey, improve their skills and increase the number of creatures they can command (eventually capping out at 10) building on the progression curve. 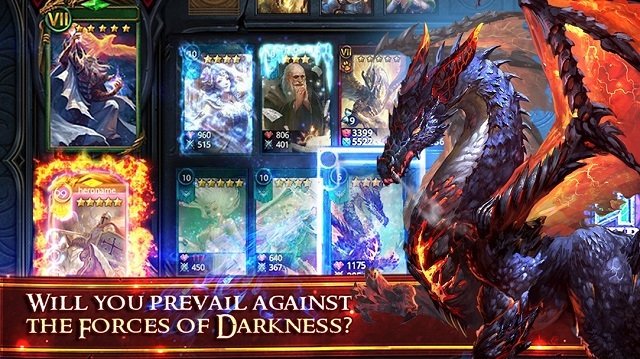 This cap also feels just right to ensure games don’t last too long and that you don’t have to excessively grind up the levels of your creature cards. Creatures belong to one of the four card factions; Faen, Elven, Neanders and Humans with each having their own theme (such as healing and health boosts of Faen). In addition to these abilities creatures have a weakness and strength against one of the other factions to create the tried and true rock-paper-scissors formula albeit with four options.

Like most card games though creating the deck is only half your battle and Deck Heroes is no different in this regard with the other side relying on your in battle strategy. In Deck Heroes this is similar to other card based titles where you’ll have to carefully choose which cards to play as they are randomly drawn from your deck. 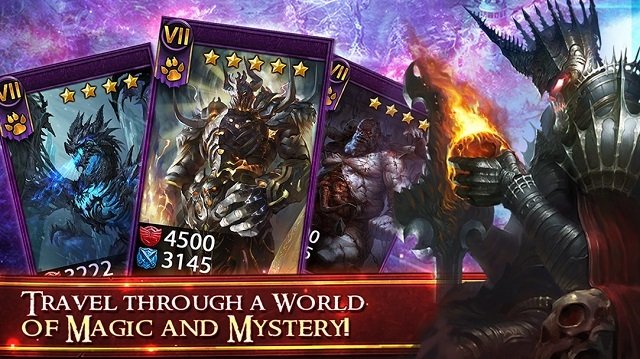 Important things to consider when playing cards include the faction match up, creature skills and the turn build up which is required to summon the more powerful creatures. Once placed on the game board they’ll face off against the corresponding enemy card where the card stats decide the victor.

With a lengthy campaign and each level having multiple difficultly levels to it Deck Heroes will keep you busy for months to come, the short game time also ensures you can play in short bursts throughout your day.

Games Finder is a Steam Curator and featured in the aggregate review scores data of MobyGames and Neoseeker.
FEATURED ON
Games Like Clash Royale, Games Like Hearthstone, Games Like Magic The Gathering, Games Like Yugioh
LEAVE A REPLY Cancel Reply