Defender’s Quest: Valley of the Forgotten blends the fundamentals of tower defence gameplay with RPG loot collecting and level up systems to offer something very different while also giving you a storyline to experience. 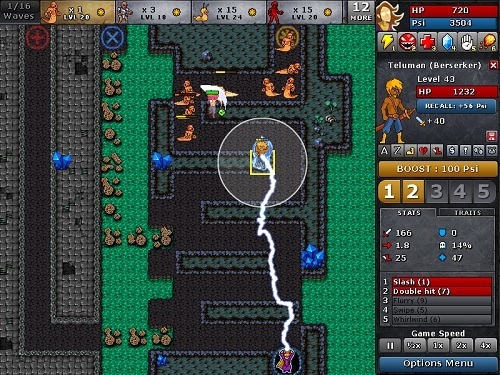 Players will assume the role of the royal librarian turned plague victim (default name, Azra) who is thrown into a dark pit with the other victims of the plague. Here the player is beckoned by an eerie voice but after resisting Azra discovers a power that allows her to someone allies to protect herself. This power and the story of the game world slowly develop through the campaign and provides some good context and witty dialogue to go along with the huge number of levels you’ll encounter.

For gameplay Azra serves as your base of operations and must be protected at all costs from the various enemies that try to reach her. These enemies will approach Azra along a pre-determined pathway in a traditional tower defence fashion.

Your defences in Defender’s Quest: Valley of the Forgotten include Azra herself who is capable of casting powerful spells and the allies she summons with Psi energy. As Psi energy comes from killing enemies and is vital for summoning allies, upgrading them and casting Azra’s powerful spells there is a real scarcity mechanic in each battle for players to manage.

These allies serve as your towers and belong to one of six archetypes (berserker, ranger, healer, ice mage, knight and dragon) who all fill fairly typical tower defence roles. This is where Defender’s Quest: Valley of the Forgotten differs from other games though as each character you summon will be unique in appearance, level up by themselves, gain skills and have their own equipment.

This equipment can either be found by attempting one of the tougher difficultly levels for a particular level or purchased with scrap that you’ll earn for level completion. Scrap is also important in recruiting new heroes to your cause with each additional hire being more expensive which requires you to achieve a balance between many weak heroes or a handful of super strong and well equipped ones. 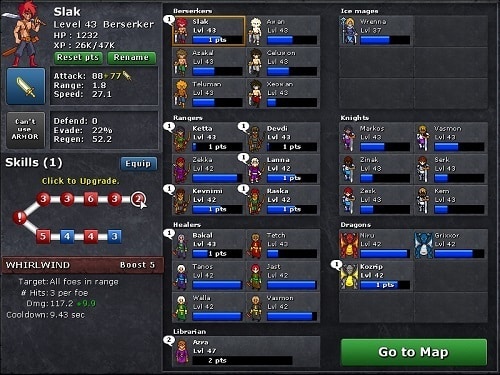 The level of customisation doesn’t just stop at your characters either with a wealth of options to customise your gameplay experience entirely. Think the game requires you to grind too much? Then set experience and scrap to 300% the normal values. Alternatively, completely reconfigure the control scheme, skip the story entirely or command your units to attack the last unit in a wave, or the fastest or the strongest, it’s a customisation heaven that just never ends.

Defender’s Quest: Valley of the Forgotten manages to bring two very different genres into one incredible and customisable experience that will captivate RPG fans who love to min and max a party of adventurers while having to employ strategy to win battles.

Defender’s Quest: Valley of the Forgotten