Defiance is set in the same universe as the science fiction television show with the same name allowing players to explore a large open world in third person. This gun combat focused MMO is available on both Windows and consoles and Defiance started its life as a paid title but as of 2014 entered the free to play realm at varying times depending on the platform. 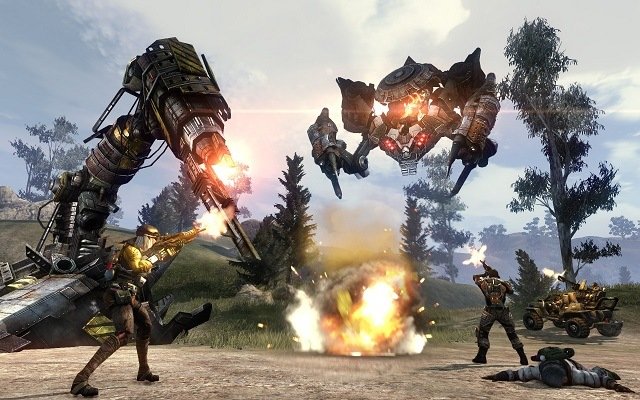 Players need not be familiar with the show for the full experience but of course it does help as you’ll encounter a number of main characters, especially at the start of the game before things really open up allowing you to explore the San Francisco area by foot and vehicle where locations and familiar enemies will present themselves. In addition to meeting recognisable characters during this early game phase players will customise their character appearance, select one of the available origin stories and be introduced to your first taste of cut scenes, something that you’ll experience often throughout the main campaign line (which is bolstered with countless side adventures). With four origins ranging from the veteran soldiers, outlaw criminals, machinist alien scavengers or the survivalists who are trying to make the best of the new world with further mix and match available through the 3 game races of Human, Irathient and Castithan (DLC required).

Further customisation comes through the fantastic loot hunt of the game where you’ll find weapons and modify them as you see fit to create a playstyle that fits your desired Defiance style. Each item has a rarity rating similar to other loot orientated games such as the Borderlands or Destiny franchise by providing a rich loot feedback loop. Weapon types range from the usual pistols, SMGs, sniper rifles, shotguns and some alien technology such as infectors and bio magnetic guns. In addition to weapons players also have a regenerative shield which protects your health pool from damage and recharges when outside of direct combat and grenades to flush out enemies to round out your available Defiance arsenal. 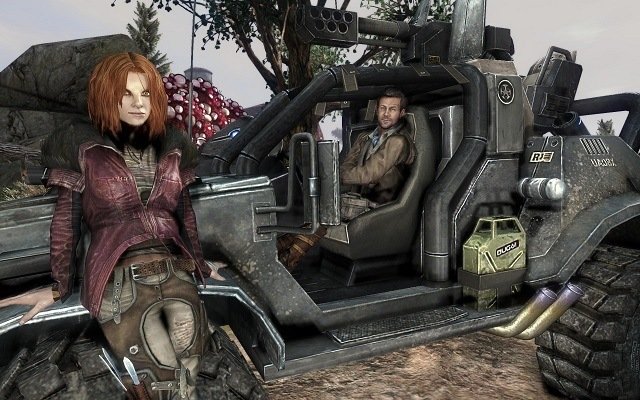 The skills system ties in closely with the Environmental Guardian Online (EGO) mechanic, a cybernetic implant that manages your inventory and guides the player through the adventure via its holographic avatar. There are four core powers to choose from at the start of the game which allow you to improve your run speed and melee attacks (blur), turn invisible (cloak), create a duplicate (decoy) or temporarily boost your weapon damage (overcharge).

Depending on which you choose you’ll start on a different location on the passive EGO power tree which features all the passive boosts to your character that you’d expect to see in a MMO title and give you those small strength enhancements for your desired build. In Defiance this means improving the strength and power of the four core abilities or providing related powers such as Blur perks reducing other damage types creating a tank like archetype orientated around reduced damage. As you approach end game though you’ll find that all EGO powers become available to you and results in all characters having similar abilities. 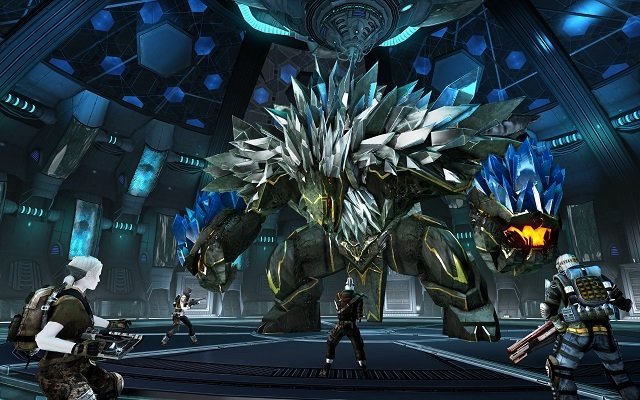 With the smaller playerbase that the game currently holds and the general design of it you’ll find that much of your adventure is a solo story driven campaign that could almost pass itself off as a single player title albeit with repeatable quest design. Rounding out the MMO experience Defiance also includes the usual array of end game content with PvP, dynamic events, raids and tie trials to unlock the rarest unique gear available.