Delver is a dungeon crawler with randomised levels and rogue like elements where you’ll explore dungeons as you hunt for loot to improve your chances of survival. Available for Windows, Mac and Linux Delver was in development from 2012 as an Android game (since discontinued) before a final 2018 release on the Steam platform.

Delver is played in a first person perspective in a relative simple game environment that is reminiscent of the original Doom and other 90 first person shooter titles out there. Packing in all the features that one could want in  a dungeon crawling experience you’ll discover great enemy variety, random loot, multiple weapon types and mystery potions that you can consume if you dare. On top of this you only have one life to explore each randomly generated dungeon requiring you to carefully take your next step forward to ensure your survival or you’ll be sent back to the main menu screen. 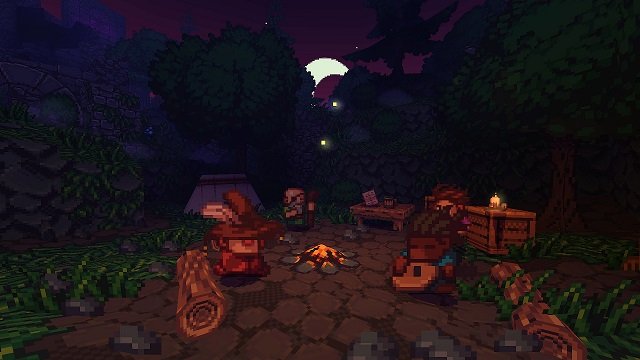 It’s a familiar roguelike core experience that has been used in other games before and it feels at home in Delver as you constantly challenge yourself to get further and further on your next dungeon run. Thanks to the randomisation you’ll have some games where you will have to sneak around and try to backstab as many enemies as you can while in others you’ll quickly become powerful and laugh as you slaughter the various enemies that dare approach you before meeting your unfortunate end when you become overly confident in your abilities.

While levels are randomised players have some idea of what to expect in each dungeon generation with your biomes ranging from the starting camp to dungeons, caves, sewers, runes and the final area of Yithidia which is your ultimate goal in each run. Each of these locations alter the enemies you’ll encounter with animals, goblins, humans and undead creatures that have their own attributes and attack patterns. 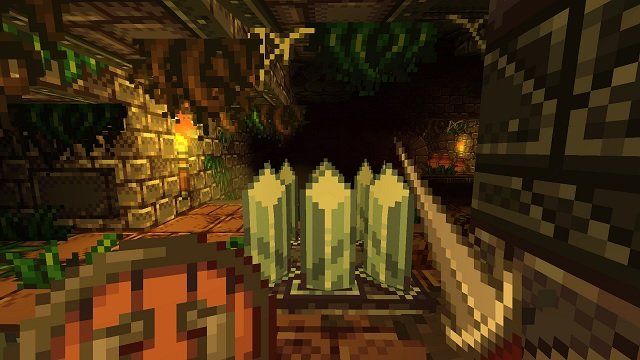 Each biome is also followed by a safe level where you can purchase gear to improve your chances of success and gives players the opportunity to spend their accumulated wealth if the random drops have been unfavourable. This includes armour (chests, helmets, pants), charms (rings and amulets), weapons (wands, melee and bows) and usable items (food, potions and scrolls).

While the total pool of item types within these items is fairly narrow Delver ensures each item is worth picking up by applying modifiers to your items that can have both positive and negative effects to your character. For example the Knight modifier adds 6 attack while the Devil modifier removes 6 attack from your character. Items also have a condition element that varies from broken, worn, normal, fine and excellent which impacts the base statistics of that equipment piece. 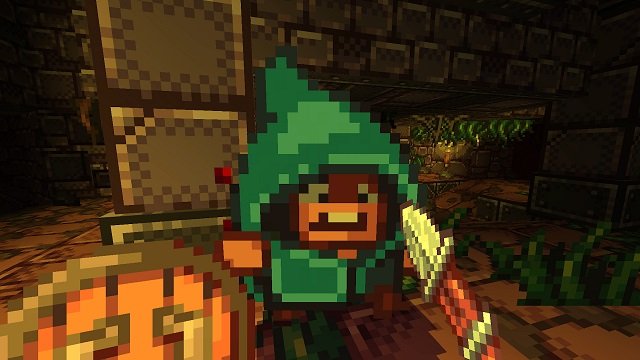 On the usable item front food serves as your primary method of recovering health while scrolls are once use consumables that let you cast some of the games powerful spells. While potions offer another randomised game mechanic with 7 different potion types that have randomised effects each game so players are encouraged to remember what potions do in each run.

While Delver might seem simple at first it is incredibly fun as you chase the finish line and offers plenty of hidden depth to enjoy while improving your game mastery. Each attempt in Delver promises a new experience and it’s easy to spend hours roaming around the randomly generated dungeons as you acquire vital pieces of loot and consumables.

This review was first published on February 3, 2014. Read our update policy to learn more.

Games Finder is a Steam Curator and featured in the aggregate review scores data of MobyGames and Neoseeker.
FEATURED ON
Games Like Dont Starve, Games Like FTL: Faster Than Light, Games Like Minecraft, Games Like Realm of the Mad God (RotMG), Games Like Risk of Rain, Games Like Spelunky, Games Like The Binding of Isaac
LEAVE A REPLY Cancel Reply