Originally intended to be a Nintendo DS addition to the Silent Hill game franchise Dementium: The Ward brings a bone chilling survival horror experience to the portable Nintendo platforms (DS and 3DS). The 3DS version is an enhanced version titled Dementium: Remastered which features similar gameplay although several quality of life enhancements and alterations to improve the core formula. 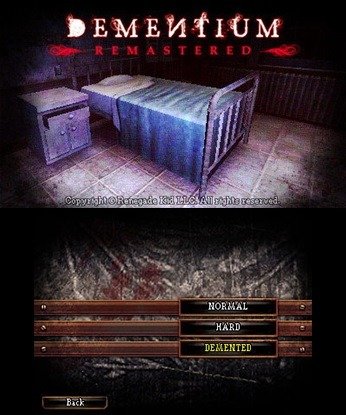 With the Silent Hill design as a template Dementium: The Ward offers similar hand trembling plot twist moments as it blends jumps and suspense with a wonderfully crafted set of audio and visuals in first person game design. Similarly progression is linked to defeating certain enemies or puzzles along the way providing ample challenge and direction to your horror inducing journey.

This journey opens up extremely dark and maintains this established atmosphere throughout with players wheeled through a hospital in a wheel chair while catching disturbing glimpses of a body on the floor, a creepy girl in an elevator and zombie-like creatures lurking around the halls. 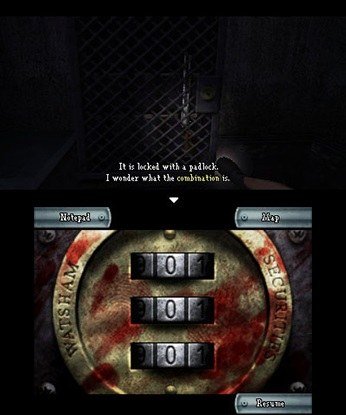 After awaking in the same dilapidated hospital ward some time later players begin their journey to learn more about their circumstances while encountering a range of fear inducing creatures with recurring themes of a family murdering man plaguing players. Early on players (known as William Redmoor) can access only a nightstick, torchlight and notepad although more options are slowly sprinkled in throughout the 16 chapter game story.

In time this means you’ll be able to access basic weapons such as the deadly revolver which can be used to protect your small health bar from surgical-experiments-gone-wrong, horrifying boss monsters and other spooky characters. Each chapter also brings with it a new map which guides the path you’ll have to take while also increasing the puzzle and enemy difficulty. 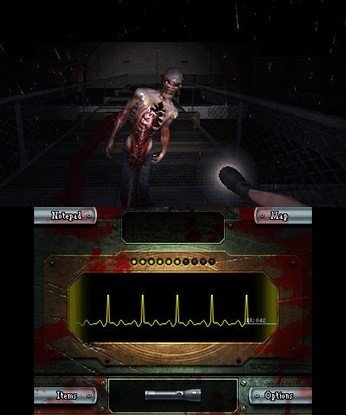 Puzzles themselves are fairly creative in this regard with more complexity added as progression is made varying from the basic read the numbers scrawled in blood on the wall to playing a sequence of notes on a piano to reveal the secrets hidden within. Chapters also have their own cut scenes which feature flashbacks, apparitions and strange sights that will only bring about more questions until the end of the game where all is revealed.

Like all games, Dementium: The Ward has a few faults that create some friction through the multitude of game chapters including a save mode that can be frustrating as it respawns enemies but not the resources you’ll need to defeat them. The lack of mid level checkpoint can also be frustrating when a death returns you to the chapter start.

This review was first published on June 4, 2013. Read our update policy to learn more.

Games Finder is a Steam Curator and featured in the aggregate review scores data of MobyGames and Neoseeker.
FEATURED ON
Games Like Amnesia, Games Like Outlast, Games Like Silent Hill
LEAVE A REPLY Cancel Reply