Detective Grimoire (Detective Grimoire: Secret of the Swamp) is the first full game in the franchise of detective games following the 2007 Flash title of the same name. Released in 2014 the game was funded from a Kickstarter campaign and features an adventure full of mystery, dialogue, detective work and lovable characters. 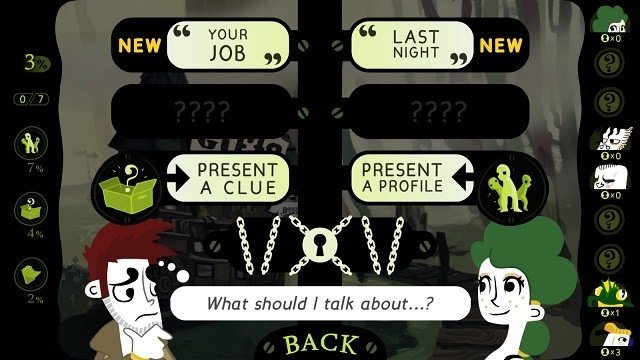 Playing as Detective Grimoire you will find yourself called to a remote swamp and tourist attraction known as Boggy’s Bog after the owner Richard Remington is found murdered. Shrouded in mystery the initial clues point to the murder being due to the mythical creature known as the Boggy which was also the main tourist attraction. Like a true detective this investigation will take you to various scenes of the crime, the surrounding swamp locations, interrogations with suspects and ultimately clues to understand the truth.

Like any good video game adventure with detective elements nothing is what it seems with players in time unlocking the truth of the murder but also key background information of Boggy Bog that pushes Detective Grimoire to an unexpected story path. With the remote swamp paired with various unique non player characters to gain information from the detective experience and setting of Detective Grimoire is a stand out in the genre. 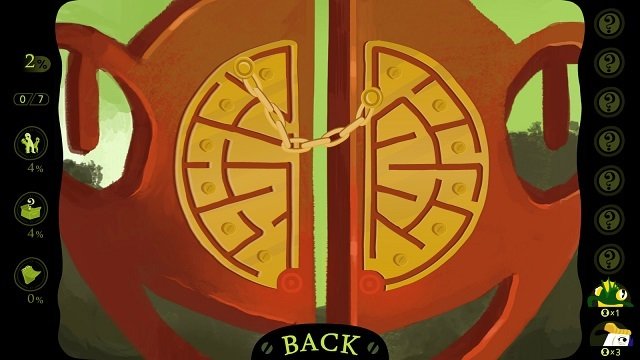 Exploring this diverse unique world is fairly easy with players spending most of their time on the scene screens where you look through the eyes of the detective in first person view. Interacting with objects from this view is done via a click or tap and can also be used to trigger NPC dialogue. Of particular note is that nearly everything in Detective Grimoire can be interacted with although the game employs a number of pointless interactions to throw you off the scent of the crime. Players can either move by interacting with a certain part of the scene or reference their map once unlocked that offers fast travel once an area has been discovered to cut down on unnecessary back and forth.

In Detective Grimoire gameplay revolves around your search for clues which involves a mixture of hunting for evidence and interviewing witnesses to solve the mystery at hand. Not only does this mix of mechanics provide variety they also work with each other to create the detective experience. Interviewing in particular is extremely in depth with players having to combine clues together with the right questions to unlock the final and most important question for each character that will lead you to solving the case. 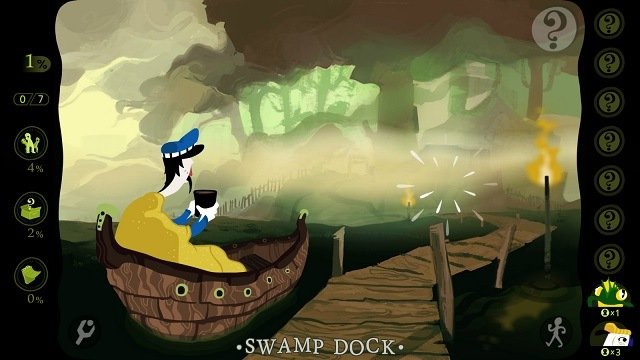 With all of these characters presented in beautiful visuals with full animation and voice acting it’s a treat of a story experience. From time to time players will also encounter a range of puzzles and environmental challenges similar to that of a traditional puzzle adventure title. This can include manipulating latches on a gate to open it, shifting the reeds of the swamp out of your way or finding the right key for a lock.

To ensure you can keep track of your adventure Detective Grimoire offers the invaluable case file menu that provides profiles on suspects, clues on suspicious objects and gathered information notes along with a completion percentage. As more information is obtained throughout your progression more detail is added to the specific entries with the ability to refer back at anytime ensuring your own memory isn’t a blocker to completing the game.

Games Finder is a Steam Curator and featured in the aggregate review scores data of MobyGames and Neoseeker.
FEATURED ON
Games Like Criminal Case, Games Like Nancy Drew, Games Like Papers Please, Games Like Syberia, Games Like Town of Salem
LEAVE A REPLY Cancel Reply