Deus Ex: Human Revolution is the third and long awaited game in the series. The game is a prequel and is set 25 years before the first Deus Ex game, this allows newcomers to the series to easily pick up the story even if they haven’t played the other games. 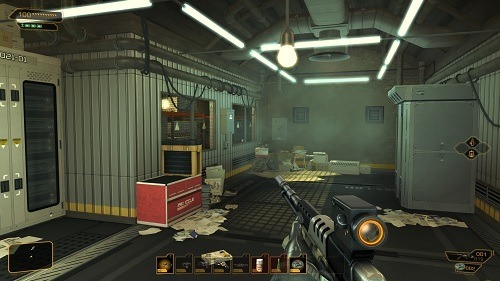 In Human Revolution you’ll play as Adam Jensen, a leading member of the security team at Sarif Industries (one of the many growing firms dealing with biotechnology). This biotechnology has the power to reinvent the human body by replacing parts of the body with power artificial alternatives. Your role in the political and social environment is escalated when you’re forced to take on a number of these enhancements after being mortally wounded.

The world features the same cyberpunk style of the previous iterations in the series with somewhat similar gameplay although some elements have been completely revamped.

Human Revolution like its predecessors is a game about choice with multiple ways to complete the various missions bestowed on the player. Two paths that are most prominent throughout the game are the use of direct combat or stealth but players can also use their hacking skills or dialogue in certain missions as an alternative approach.

This level of choice extends to the augmentation system that lets players level up (or buy) a number of modifications to enhance Jensen’s abilities in certain areas. This system allows you to push Adam into more of a combat or stealth role based on the abilities you choose to enhance. 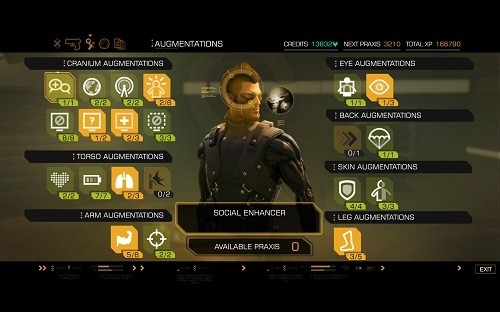 One area that has changed drastically from the original titles is the combat with Deus Ex: Human Revolution now using a cover system. The game has also adopted a regenerative health and energy system like many modern games.

Every aspect of Deus Ex: Human Revolution is impressive from the atmosphere to the customisation and even the story that poses plenty of hard hitting questions about our own future. In particular the game manages to do the original games justice while opening its arms to new players.