Deus Ex is an older game with a cyberpunk theme which blends action, role playing, stealth and first person shooting into a single story heavy adventure. Highly rated amongst fans and critics the success of the first game has seen the lore, world and mechanics revived in a number of subsequent games in the Deus Ex universe.

Deus Ex is set in a futuristic world during 2052 where conspiracies and a number of different government agencies are threatening to tear the world apart as they fight for control over it. As the player investigates these conspiracies they will get to explore modern real world locations including Paris, Hong Kong and New York City that have gone through dramatic changes from the present day and house all sorts of interesting characters and technological elements. 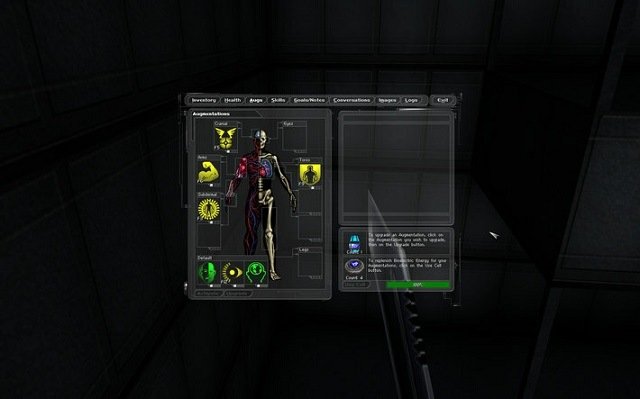 The plot for the first Deus Ex adventure into this futuristic world revolves around a deadly pandemic that is sweeping the globe and the scarce vaccine only adding to an already strained social environment. Most notably the game explores the division between the world elite and the general population who use their wealth to secure safety. Your role in this setting is that of JC Denton a United Nations Anti-Terrorist Coalition (UNATCO) agent who has been enhanced by biotechnology to give him abilities beyond that of a normal human.

Engaging with the various NPCs, listening to dialogue and making choices which have a small impact on the story flow is at the core of the story experience. Customising JC Denton is where the role playing features really shine though with players having plenty of options to customise him for their preferred playstyle which broadly breaks down into a stealth or combat option. 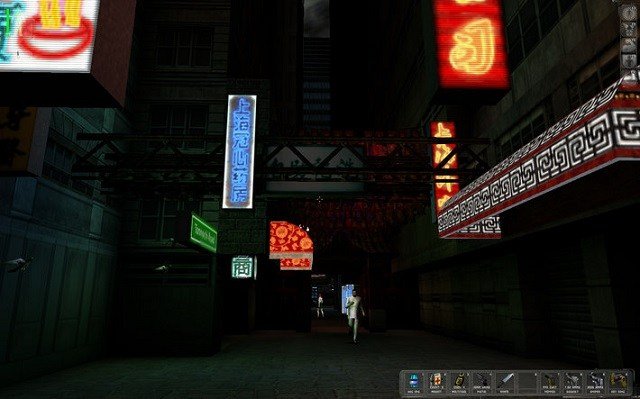 Within these two options though these is a wealth of opportunity to adopt a mix of both by using the various augmentation options which work alongside more traditional RPG skills. On this skills front you can expect a skill for each of the 5 weapon classes (heavy, pistol, rifle, low-tech and demolition), environmental, lockpicking, electronics, medicine, computer and swimming that all increase from skill point spend. Players are able to max around half the potential skills assuming a maximum level is reached so there are plenty of tough choices to make, particularly in which weapons you invest in.

On the augmentation front these are similarly restrictive to drive difficult decisions with players only able to select one option from each cannister with these often having polar opposite benefits. For example your leg automation can either offer a boost in speed or significantly decrease the sound of your footsteps. 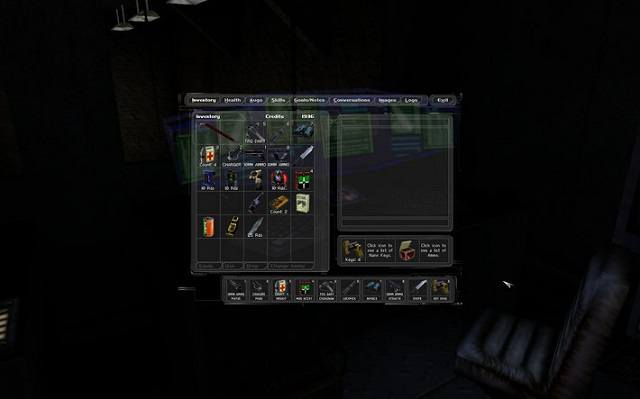 Other RPG and customisable elements of Deus Ex include weapon modifications allowing players to add sights or silencers while altering the weapons stats (recoil, range, magazine size). With this wealth of customisation options and the brilliantly designed game world Deus Ex does somewhat continue to overcome it’s age, particularly for those that hold some sense of nostalgia for it.