Experience action, adventure and classic hack and slash gameplay in Devil May Cry 4 which continues the demon focused slashing of past iterations. With returning swords and firearms in your battle against demons players will fight as the two main characters of Nero and Dante for their adventure. A Devil May Cry 4: Special Edition released in 2015 also adds Vergil, Lady and Trish as playable characters in addition to improved graphics and some balance tweaks. 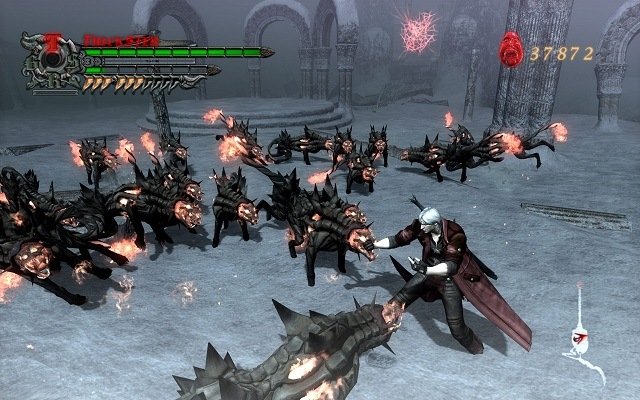 The story in Devil May Cry 4  revolves mostly around Nero and The Order of the Sword who worships the Dark Knight Sparda as their god with Nero being a young hunter of demons living on the isolated region of Fortuna. After witnessing Dante slay the High Priest who leads The Order of the Sword during a demon invasion of the isolated city Nero realises that he is in fact a descendent of the powerful Sparda and works with Dante through various missions to uncover a deeper plot while battling armies of demon warriors.

With a vast library of past Devil May Cry titles to draw from you’ll find similar gameplay mechanics as previous franchise titles without significant deviation from the formula. This is not necessarily a bad thing by itself though given the high polished and fluent combat the series has refined to date. Success in Devil May Cry 4 combat will require careful mastering of combos mixed with well timed dodges to prevent your combos being broken by enemy demon attacks. A Devil Trigger system which must be unlocked through the story also allows players to enter into a super charged form which boosts damage and provides consistent health regeneration to shrug off incoming damage. 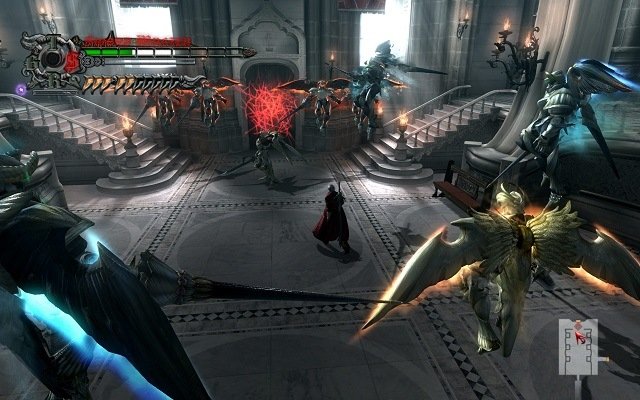 Each available character brings their own style of combat into these missions as well with Nero being armed with his Red Queen sword and Blue Rose revolver which provide various forms of charged attacks. On the other hand Dante has the full range of combat styles from Devil May Cry 3 although can switch between them as he wishes. Similarly Special Edition characters of Vergil, Trish and Lady stay true to their past appearances in the Devil May Cry franchise with only a few tweaks to their movesets.

Continuing the mission based structure of previous games these combat sequences are split into distinct levels with your demon slaying performance graded from D to SSS based on your time taken and combat style effectiveness. While combat is absolutely the focus (and doing it with style) missions also include several puzzles and item hunts. While a nice change of pace their usage at odd times in several missions seems to break up the flow of the level. 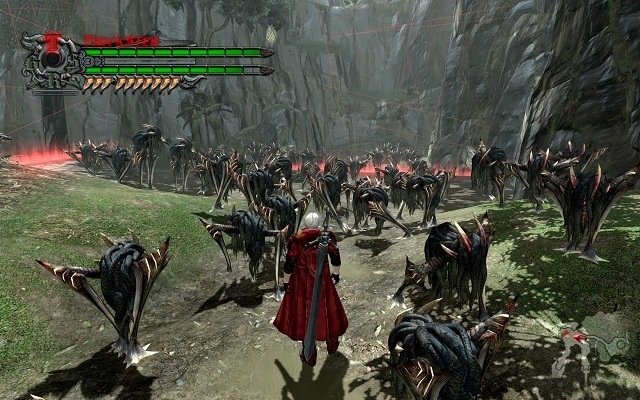 All of this translates into the new Proud Souls currency which is spent on abilities to provide more deadly stylish options which grow increasingly expensive with each purchase. To encourage experimentation purchases abilities can be sold back to the shop for the same purchase price allowing you to reinvest Proud Souls into alternative abilities without penalty. Supporting this Proud Souls system is the traditional Red Orbs which are used solely to buy items from vendors.

When it all comes together Devil May Cry 4 is another great addition to the franchise with the level of flair in combat that you would expect from a game with the DmC name.

Games Finder is a Steam Curator and featured in the aggregate review scores data of MobyGames and Neoseeker.
FEATURED ON
Games Like Dynasty Warriors, Games Like God of War
LEAVE A REPLY Cancel Reply