Diablo II: Resurrected beckons players to return to the world of Diablo II once more with a remastered version of the original addicting action role playing experience that spawned a generation of similar titles. Crafted over two decades ago the world of Sanctuary has changed little mechanically with this release opting to take the remaster route rather than remaking the formula that saw some players never stop fighting the demons of Hell and chasing their holy grail goals of finding every unique item on offer.

This remaster versus remake distinction is an important one to grasp before you continue with the concept of Diablo II: Resurrected, those that want this to be the next Diablo title will likely be disappointed for now as you won’t find new content over the original 2000 game version. However, if you understand this upfront and set your expectations accordingly you will be handsomely rewarded with what is one of the best remasters in gaming and will stir up a range of nostalgic emotions as you go from Rogue Encampment to World Stone. 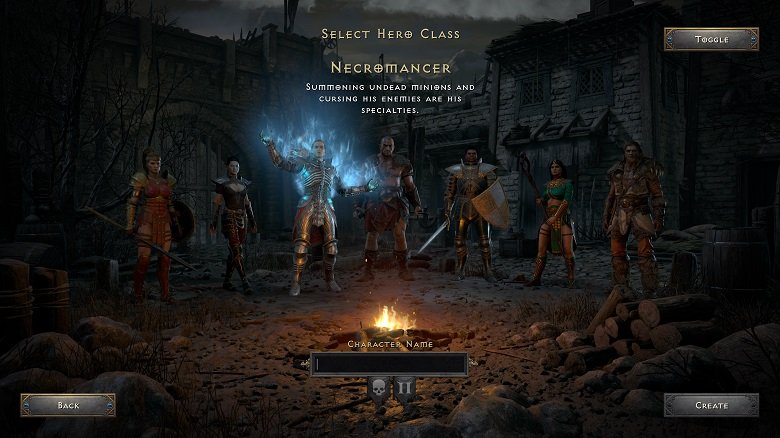 Attempting this journey with one of the familiar seven character classes is still the heart of Diablo II: Resurrected with the Amazon, Assassin, Barbarian, Druid, Necromancer, Paladin and Sorceress all receiving significant visual updates to their character design and abilities. The Sorceress in particular is a benefactor of this upgrade and stands out amongst her peers with her range of fire, lightning and cold skills allowing you to see the full range of upgraded visual effects Diablo II: Resurrected offers over its predecessor. Fire effects in particular feel raw and powerful as you would expect for a wild uncontrollable element like fire. Those not playing as a Sorceress though will still see these amazing fire effects in other forms be it other class skills, the pentagons of flame in the various dungeons, exploding barrels that you simply couldn’t resist or the River of Flame to Diablo himself that is surrounded by lava.

For a game like Diablo II where you’ll likely be using the same small subset of skills thousands of times during a playthrough the enhanced visuals of these attacks across Diablo II classes keeps them satisfying from start to end for your chosen build. These are of course supported with the environmental visual enhancements that see additional detail added to the game world that simply didn’t exist before. Some standouts in this regard are the Arcane Sanctuary with its mirror like floor reflecting your character, abilities and enemies with fantastic detail or the Act 1 Catacombs that now actually feel like catacombs with new tombs along the walls that in the original were entirely bare. These visual tweaks are even more evident when using the in-built legacy graphics switch option (default G on PC) that will transport you back 20 years in an instant and gives you a stark reminder of just how far gaming in general has progressed in two decades. For the nostalgically minded one of the best experiences that Diablo II: Resurrected offers is legacy switching on each new location you visit and taking a moment between slaying demons to reflect on memories of the past.

This demon slaying across the 5 game acts need not be a solo adventure either with Diablo II: Resurrected supporting the same 8 player co-operative play of the original (4 on Nintendo Switch) that lets the various character builds for Diablo II combine into a deadly force across the three difficulty levels of Normal, Nightmare and Hell along with the end game content of Uber killing. Build variation is unchanged from the original Diablo II given there are no changes to skill mechanics or synergies which means you’ll see familiar Blizzard Sorceresses, Summon Necromancers, Hammerdins, Trapsins, Wind Druids and many other iconic builds as you play with friends or random players through Battle.net lobbies. Trading and PvP are also still available and with co-operative monster slaying create the three pillars of community opportunities you can explore should you wish. 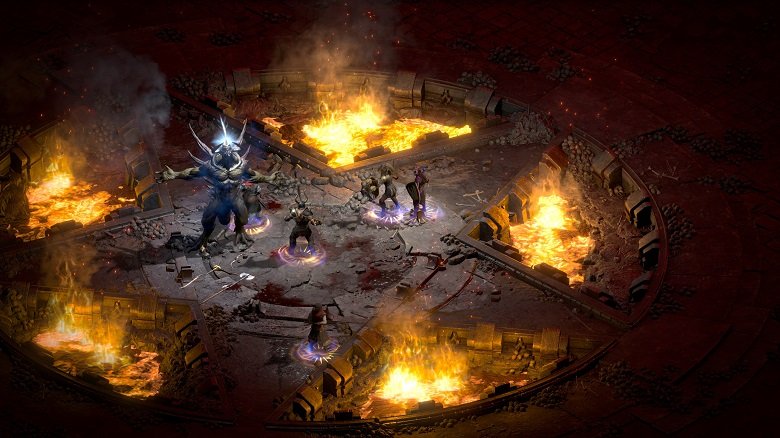 What has actually changed in this Diablo II: Resurrected remaster is a number of quality of life improvements and while the development team seems open to other potential changes based on community feedback these are likely some time away and will be approached cautiously. In the quality of life improvement bucket you’ll find auto gold pickup, improved stash space, a shared storage function, gambling enhancements, greater mercenary information, the ability to compare items and inventory management improvements. There are also some game changing tweaks though with players now able to endlessly kill the cow king and the unlocking of all previously ladder only content (runewords, recipes and end game Uber challenges) to both non-ladder and single player games which gives many old players the option to experience things they might not have been able to in the past.

Ultimately whether or not Diablo II: Resurrected is the right title for you is likely to come down to your own relationship with the original (launch hiccups aside that plague online games broadly and are expected to be fixed overtime). If Diablo II was already one of your top gaming experiences, then this release will likely cement that appreciation further and you’ll find yourself lost in a sea of demons for hundreds of hours once again. If Diablo II was just another game in your own gaming journey and a replay has never crossed your mind before now, you’ll probably not find the same level of satisfaction. For the remainder of the population that have no prior experience with Diablo II just reflect on the fact that the original Diablo II is still played today, 20 odd years after release, is often still the benchmark for action RPG releases today and Vicarious Visions is now offering you the opportunity to experience Diablo II in its greatest remastered form.

This review was first published on September 30, 2021. Read our update policy to learn more.