Diablo II (Diablo 2) is the second game in the series of hack and slash action role playing games developed by Blizzard. An expansion pack (Lord of Destruction) for the game was released a year after the core game adding new classes, mechanics and an extra chapter to the game story. 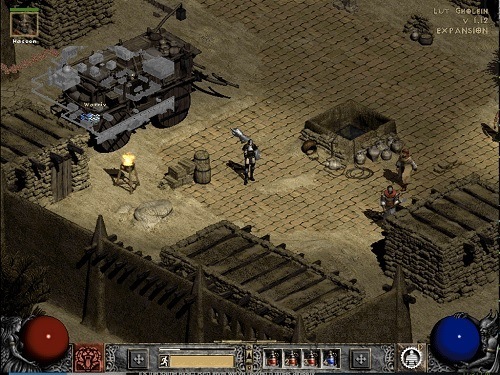 In this sequel players will follow the warrior from the first Diablo around the world of Sanctuary as he slowly succumbs to the evil power of Diablo inside him. Players assist the inhabitants that are left to deal with demons and other dark creatures in the wake of the warrior’s presence.

The story takes place across four different acts (five with the expansion) that each offer a different setting and boss fight to overcome. These story areas mix a number of linear elements with randomly generated dungeons and map layouts.

You can attempt this journey in Diablo 2 as one of five classes (seven with the expansion) that each bring their own skills and playstyle to the game. From the Necromancer that relies on summoning fallen enemies and using curses to the hard hitting Barbarian that can absorb plenty of punishment while whirlwinding across the battlefield. 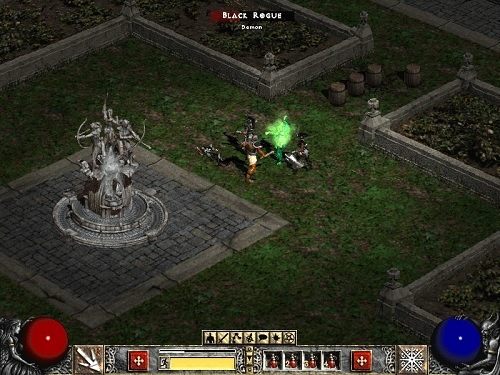 As you play through the story you’ll level up allowing you to boost stats and skills of your choosing which allows you to build a character that is your own. In addition to skills players will customise their character with random loot from vendors and monster drops. This randomised loot is a staple of Diablo’s success and while not the only game to use this system it’s considered to be one of the best in terms of depth.

Diablo 2 is only made more fun with friends where players can co-operatively tackle the storyline or turn hostile against each other in the PvP.