Launching for PS4 and PS Vita, Digimon Story Cyber Sleuth lets you command your own team of Digimon and customise them to be the ultimate fighting team as you play through the digital world storyline. Subsequently released n Windows and Nintendo Switch under the name Digimon Story Cyber Sleuth: Complete Edition which included the original and sequel (Hacker’s Memory) which also boosts the original Digimon count from 249 to 341.

Within this storyline your role is that of Takumi Aiba or Ami Aiba depending on your gender selection who are both young students living in Tokyo, Japan. Living alone while their mother works overseas as a news reporter players find themselves regularly handing out in online chatrooms for company amongst other online activities to escape their otherwise dull everyday life. This includes a history of hacking which sets up the characters as well versed in the online world. 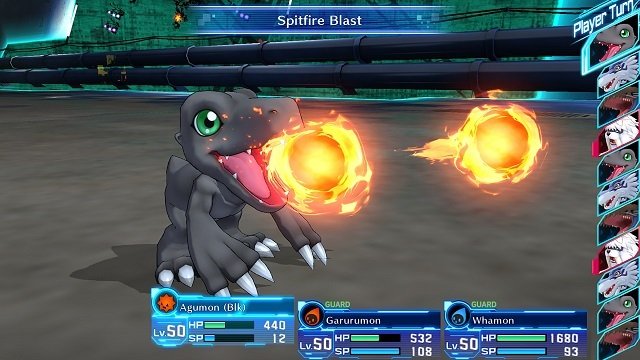 This background and interest sees players engaging closely with a popular online space known as Cyberspace EDEN which allows interaction between the physical and virtual worlds and leads to players acquiring a Digimon capture device where the story truly begins to kick off. Revolving around the real and virtual world players jump between both constantly meeting characters, hacking groups and Digimon who all have their own agendas with simultaneous storylines between the two worlds. Like many of the Digimon stories there are many layers at work here and the average translations don’t help explain all the details and motivations of characters although you’ll generally get the high level gist.

Joining you closely for this adventure is your trusty Digimon recruit who will evolve from basic forms to ultimate forms throughout the game and captures all the fan and series favourites in the 249 base game options (expanded to 341 with complete edition). While you start with your choice of Palmon, Terriermon or Hagurumon you’ll unlock other options as the game world expands via new areas. 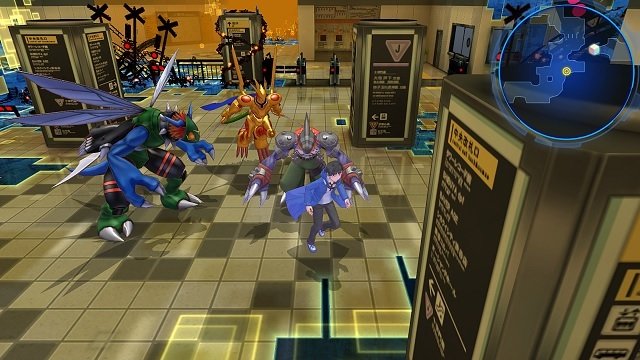 Ultimately you’ll have to choose a fighting team of 3 Digimon with a maximum capacity (once upgraded) of 11 Digimon due to the limits of memory storage and serve as your reserve fighters. With a higher number than comparable franchises like Pokémon which offer teams of up to 6 Digimon Story Cyber Sleuth ensures you are adequately equipped for all situations and having it tied to memory storage which is a key upgradeable component gives you a wonderful sense of progression and achievement at the same time. Following a similar mechanism to other Digimon titles Digimon Story Cyber Sleuth has branching evolution paths for Digimon and controlled through meeting certain level or stat requirements.

As you would expect each Digimon has their own stats of HP, SP, ATK, DEF, INT and SPD which alters their particular strengths and combines with 8 elements (fire, dark, earth, light, etc.) to create the fundamental game strategy. Combat itself is a 3v3 affair with elements playing the most significant role in combat followed closely by other skills a Digimon might possess. Said turn based battles are similar to the Final Fantasy franchise with attacks, items and defensive options available for each turn in an attempt to bring your opponent’s health down to zero while protecting your own. 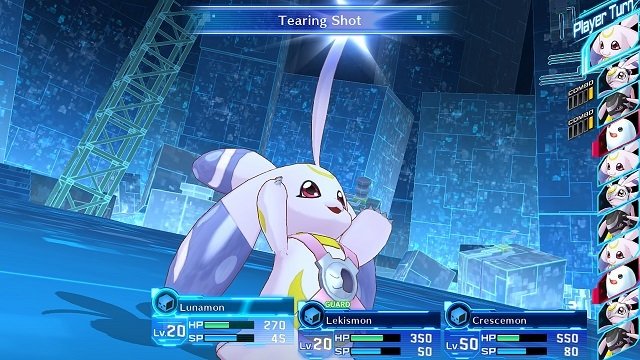 Designed for the older Digimon fan Digimon Story Cyber Sleuth is a great expansion of the Digimon franchise with a healthy amount of Digimon to find, collect and battle with and doesn’t require a significant grind to do so. While some quality of life mechanics are missing to help you navigate the word quickly it doesn’t ruin the Digimon themed adventure.

Games Finder is a Steam Curator and featured in the aggregate review scores data of MobyGames and Neoseeker.
FEATURED ON
Games Like Final Fantasy, Games Like Pokemon
LEAVE A REPLY Cancel Reply